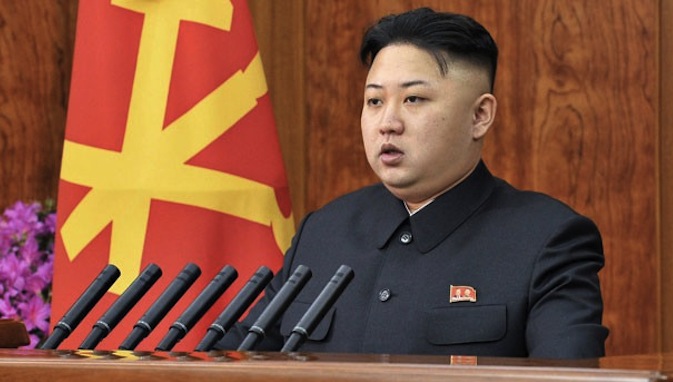 OSAKA, Japan – Following a series of verbal jousting between the governments of the Democratic People’s Republic of Korea, or North Korea, and the United States of America, North Korean leader Kim Jong-un has declared the  “no-backsies” rule to be in effect in the event of a nuclear war between his country, America and its allies.

“North Korea retains its first strike capability, and declares that neither the Americans nor the forces of NATO can retaliate against our might, for the rule of no backsies is in effect,” Kim declared on state run television. “South Korea will fall! The Japanese will grovel to the Dear Leader! America, you are ‘it!’ ”

“The way that no-backsies works is that we have to essentially deploy a nuclear weapon against another combatant before we can retaliate against the North Koreans in the event they attack Japan or South Korea with a nuclear strike,” said Army Chief of Staff General Raymond Odierno. “We can’t hit them directly, and America holds no first strike policy. They’re clever, I’ll give them that.”

The last major no-backsies declared in interstate warfare was January 28, 1968, a mere two days before the Tet Offensive in Vietnam. The United States initially held the no backsies rule in high regard, saying “We’ll let you have this one,” but quickly retaliated against Viet Cong forces when it appeared the attack would be overwhelming.

This damaged the United States and create a trust deficit with the American people; a blow from which American morale never recovered, and has been cited as a major reason for the United States’ withdrawal from Vietnam.

“We’re trying to negotiate with the Canadians to see if we can detonate a nuke up in the Northwest Territories out of anger,” White House Press Secretary Jay Carney said at a press conference earlier today. “It doesn’t count if it’s just some passé subterranean detonation, and of course, we can’t just nuke some desolate part of Arizona or Alaska. It has to be somewhere else.”

“We could just nuke Detroit,” Carney said in passing, before quickly apologizing for the comment and moving on.

With the Armistice and the year 1953 now both declared invalid by North Korea, all sides involved are becoming more and more nervous. Leading up to the declaration, the two Koreas have ceaselessly begun antagonizing one another, and both sides are threatening massive retaliation if an attack is carried out.

“I do not understand what any of this means,” said Japanese Foreign Minister Nagoya Tanaka in reference to the situation. “If they attack with atomic weapons, then we cannot attack? Why would anyone follow such a silly rule? This is all too much. I am going to go drink until I pass out.”