FAIRFAX, Va. — Citing the dubious fact that “a person can drown in a teaspoon of water,” Executive Vice President of the NRA Wayne LaPierre today announced the launch of his organization’s “Outlaw the Oceans” campaign, which contends that any restrictions on the ability to purchase any firearm is equivalent to banning the consumption or use of water.

The ironical campaign follows the logic of the popular “Why don’t we outlaw cars” argument, an analogy dictating that, since people are sometimes killed in automobile accidents, it makes as much sense to outlaw cars as it does to restrict access on any type of gun. Like that argument, the underlying premise of “Outlaw the Oceans” overlooks the subtle differences between water and guns.

Water is a chemical compound comprised of two hydrogen atoms and one oxygen atom. In addition to being essential for all known forms of life, water covers over two-thirds of Earth, making it a desirable catalyst for transportation. Much as with automobiles, the entire global infrastructure and economy are entirely dependent on its use.

On the other hand, a gun is a device that uses combustion to fire a projectile at speeds high enough to severely injure or kill a living organism. Throughout their history, guns have primarily been used for the express purpose of efficiently murdering human beings.

“The government is trying to redefine ‘assault weapon’ to mean any firearm that automatically prepares itself to fire one bullet after the other,” said LaPierre, intentionally overlooking the primary manifestation of gun control efforts, in which anyone interested in purchasing a firearm would be subjected to a background check—a policy that has the support of over 90% of Americans. “And sure: that capability does make it extraordinarily convenient to kill people quickly and without much technical proficiency, whether in self-defense or otherwise. But, as we all well know, the intended purpose of these weapons is to open large quantities of jars of pickles in rapid succession.”

Having reached his main point, LaPierre concluded: “Banning these weapons just because some or pretty much all people use them to kill other people, rather than to open jars of pickles, is literally the same thing as forbidding the use of water in any of its states, since some people might whip ice cubes at each other or accidentally drown in a swimming pool.”

“Outlaw the Oceans” has been wildly popular among the remaining ten percent of Americans who oppose any and all infringement on 2nd Amendment rights, and those who refuse to engage in any relevant or reasonable conversation on the issue.

Hoping for a Little Attention, Syrian Citizens Threaten to Nuke the U.S. 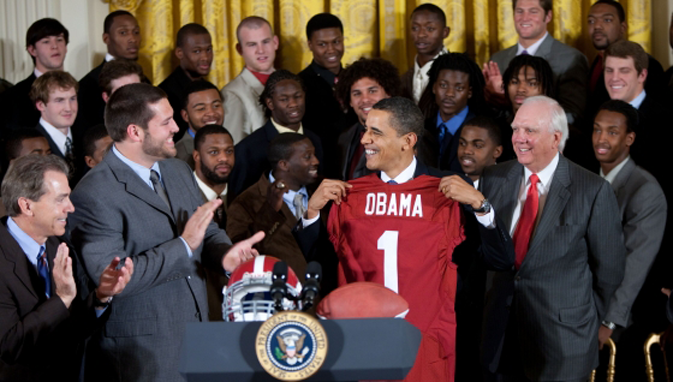