NEW YORK — The New York City Parks and Recreation Department confirmed that anyone wishing to make use of dark, ill-constructed boxes full of human waste at public events must now submit to a bag check.

In an email sent to Gothamist, Parks Department spokeswoman Tara Kiernan said, “These are added security measures being implemented by the city and event organizers in the wake of the incidents at the Boston Marathon. This protocol is aimed at keeping event goers and park patrons safe from anyone insane enough to voluntarily enter what is literally a hot box of shit.”

News of the policy broke after a picture of a private security enforcer made its way to Twitter. In the photo, the man is seen going through bags of people lined up in front of a container — a container whose floor is invariably coated with, best case scenario, a varnish of urine.

The photographer, Robert Chin, reported that most items, including backpacks and small purses, were being inspected.

“It’s going to be a major inconvenience,” said Chin. “When I’m trying to relieve myself in a plastic hut that acts as a cathedral-style echo chamber, I don’t want someone questioning me as to what I’ve got in my canteen. It’s none of your business.”

In related news, NYPD Deputy Commissioner Paul Browne said that in response to the Boston Marathon bombings, 100 portable surveillance cameras were ordered for public events. Said Browne, “We have to be aware of these unstable individuals who voluntarily go to a park in New York City at a time when it will be even more crowded than usual. We understand and respect that there are those people who don’t know how bad it is to attend one of these events, but our job is to keep everyone safe at all times.” 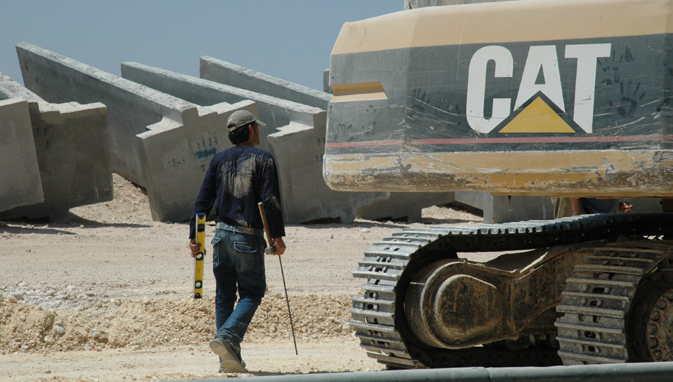 Gen. Dempsey: Military Appointed Batterers to Deal with Sexual Assault ‘Because They Know it Best’