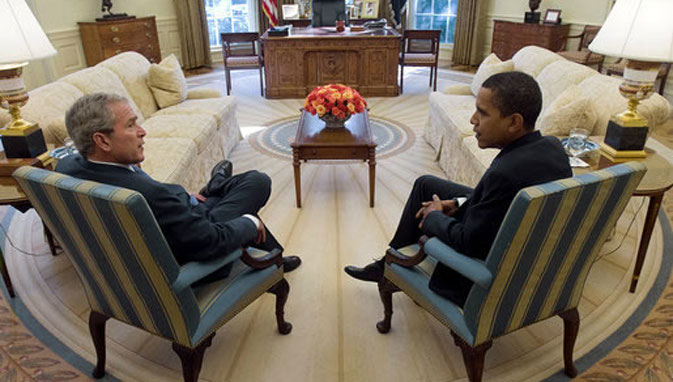 Obama Admits He’s Confused over What Guantanamo Bay Actually Is

WASHINGTON — President Barack Obama again reiterated his desire to close the Guantanamo Bay military facility in Cuba, his comments coinciding with a massive hunger strike occurring at the base.

“I don’t want these individuals to die,” Obama said in reference to the striking inmates. “We’re trying to fix this situation the best we can. But I think all of us should reflect on why exactly we’re doing this? Why are we doing this?”

“No, seriously everyone, why are we doing this? Who are these people? Why are they locked up like this?” Obama said in confusion, sweat dripping down his head.

Guantanamo Bay, which has become notorious over the years thanks to its standing of being a focal point of the US’ policy of detaining suspected insurgents, remains open to this very day. In both the 2008 and 2012 election seasons, Obama swore to close Guantanamo, a promise that has gone unfulfilled.

Obama has called Guantanamo, and his lack of knowledge regarding the base, “a lingering problem that is not going to get any better. It’s only going to get worse. Someone has to fill me in here.”

“I continue to believe that we need to close Guantanamo, whatever that is. I think it is critical for us to understand that Guantanamo is not necessary to keep us safe,” Obama said earlier today. “Keeping Guantanamo open doesn’t make any sense, mainly because I don’t know what that is. What is a Guantanamo?  It sounds like some kind of tiny tree frog.”

The hunger strike that’s occurring at Guantanamo has been joined by over one hundred inmates, and several of the inmates are expected to die of starvation if a decision is not reached over their fates.

When questioned what the administration’s next move was on Guantanamo, and if there was to be a renewed push in the Congress to shut the base, President Obama responded “Malia loves tree frogs. Maybe I’ll get her a little Guantanamo of her very own.”