WASHINGTON — Former Vice President Dick Cheney paid a visit to the White House on Wednesday afternoon for what was originally believed to be a meeting concerning the decommissioning of unmanned aerial vehicles, but is now being described by reporters as a “play-date.”

According to White House officials, Mr. Cheney has called persistently since the president took office, imploring Mr. Obama to let him “come play with Bush’s toys.”

The “toys” in question include a large arsenal of advanced military technologies, including drones currently employed in counter-terrorist activities in the Middle East. Obama has demonstrated an increasing affection for the use of drone strikes, inciting Cheney to fits of “war-stalgia”—an ultra-violent form of nostalgia experienced only by Cheney.

“Barry is being so unfair,” argues Vice President Cheney in one of the many voicemail messages left for Obama’s staffers. “It was our bloated national security apparatus first!”

Cheney escalated his criticism on September 12th, accusing President Obama of taking sole credit for the assassination of Osama bin Laden. He contended that the president failed to acknowledge the efforts of the military and intelligence officials, many of whom “could have killed Osama years ago, in [their] sleep, but [they] just didn’t feel like it.”

The president previously disregarded such comments, calling Mr. Cheney “irrational” and “an Indian-giver.” However, Obama’s authorization of missile strikes in Yemen, which killed 13 civilians earlier this September, apparently piqued Cheney’s jealousy. “Drone strikes on civilians? That’s my move!” insisted Cheney in an interview on Hannity. The affair culminated days later in a temper tantrum on the White House lawn that required the 71-year-old to receive a second heart transplant.

But after months of teasing Cheney for “acting like such a puss,” Obama extended an olive branch by inviting Cheney to help oversee future strikes in Pakistan. Pakistani citizens, on the other hand, were not so lucky to receive such a peace offering, and continue to be ravaged by missile strikes on a biweekly basis.

While the president’s endorsement of such aggressive military tactics has been denounced by some —including the United Nations Human Rights Council — others see the play-date as an encouraging sign of future bipartisan cooperation. 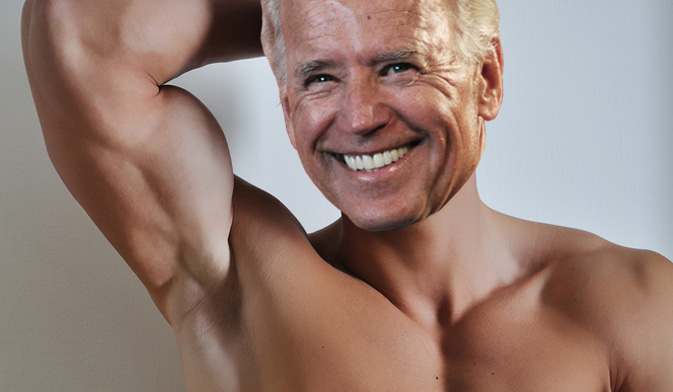 Joe Biden One Sex Act Away from Overtaking Clinton in Popularity