WASHINGTON, D.C. — The fragile state of the American economy continues to be a focal point in this year’s electoral landscape. With a series of less than stellar job-growth reports in recent months, the Obama administration is doing all it can to pad the stats on unemployment.

Rumors are spreading throughout the District that Obama has mobilized CIA resources to temporarily kidnap and detain thousands of jobless Americans, in hopes of hiding them from pollsters. The Department of Immigration also generated controversy last week with a new mandate that strips any recently-fired Americans of their citizenship. “It’s a creative move,” said Ed Schultz on MSNBC’s “The Ed Show” Monday night. “For years it seemed the only way to reduce the number of unemployed Americans was by reducing unemployment. This works too.”

Another tactic Democratic strategists have toyed with for reducing the jobless rate is hiring the unemployed as unpaid federal interns. “Are 9.8 percent of the American people not working ‘traditional’ nine-to-fives? Absolutely,” conceded the president. “But these people aren’t unemployed. We’ve hired them as volunteer seat-fillers on their own couches, food critics in their own kitchens, and professional masturbators.”

But while Democratic strategies seek to reduce the unemployment rate, the Romney camp, on the other hand, is hard at work brainstorming ways to inflate it. Sources within the campaign say Romney has been on a firing binge, encouraging his business contacts to cut huge portions of their personnel.

“It’s every patriotic American’s duty to help drive this economy into the ground,” encouraged Romney’s running-mate, Paul Ryan. “When we Republicans set our mind to something, there’s no limit to what we can spitefully obstruct.”

Former Romney investment firm Bain Capital has reportedly been buying and dismantling American companies at a feverish rate, although analysts say this has been Bain’s tactic for years. But perhaps the most daring move in this battle is Romney’s latest sacrifice: forty-percent of his own campaign staff.

“Look at what Obama is doing to this country,” said Romney, while personally delivering pink slips to his campaign office in Orlando. “If he would just concede the election, these people would still have jobs.”

Diehard Republicans are all too happy to be casualties of political showmanship, though. “I believe in Mitt Romney,” said former speech writer Alex Augustine. “And if he needs to spike my job to make Obama look ineffective, then I will gladly fall on my sword.” 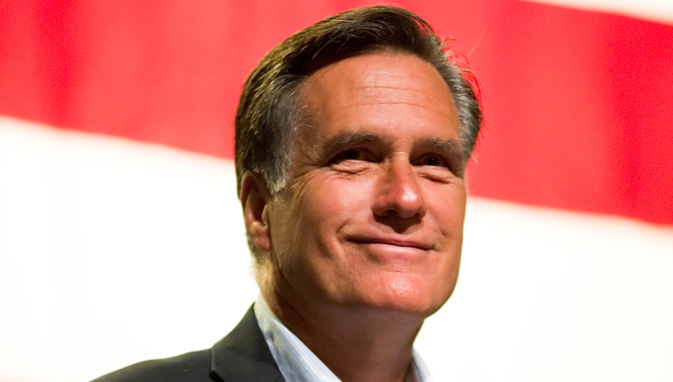