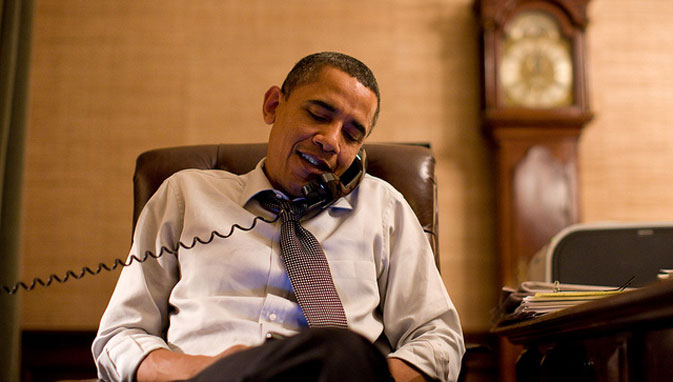 WASHINGTON — The Obama Administration released the details of its 2014 budget plan this Wednesday, in what appeared to be an effort to gain absolutely nobody’s support. The Obama budget plan, released only weeks after Congress had finalized its own budget proposals, is very carefully architected to inspire equal amounts of disappointment and consternation in both liberals and conservatives. Obama himself has said the bipartisan effort “isn’t ideal” and that he “kind of hates it.”

The budget plan calls for significant cuts to entitlement programs, including reforms to annual cost-of-living calculations for Social Security and Medicare, and would also incorporate tax hikes and curtail deductions for the wealthy. In addition to these measures—already major sources of controversy—the plan contains a number of small-bore proposals that are sure to encounter vehement debate and never take effect.

“I’ve repeatedly told the President that I refuse to compromise on these issues, and I know the other side has too.” John Boehner said. “I just can’t imagine what he’s thinking.”

“You really think a doubled TSA fee on airline tickets will be supported by anyone?” asked an incredulous Senator Patty Murray (D-WA), chair of the Senate Budget Committee. “First, you invite rabid criticism from the GOP that this is a tax hike, and even if you convince them to support it, you still have opposition from liberals who want to limit the power of the TSA. To top it off, this same idea was rejected when Bush proposed it. The whole damn budget plan is like this.”

“Obama’s plan calls for, as they say it, $4 trillion in cuts, and it’s probably less than that,” said Republican budget-maker Paul Ryan. “I’m telling you we need to cut at least $50 bajillion from the deficit. And we need to do it yesterday. This is preposterous.”

Other ideas that the White House thinks could incite the rest of Washington into some common-adversary type of bipartisanship include cutting subsidies to already-struggling farmers and overhauling the US Postal Service despite strong opposition from public unions and local governments.

Obama has reluctantly and half-heartedly defended his proposals, saying they could form the basis for what he calls a new “bland bargain” in the future.