WASHINGTON — My fellow citizens and constituents: I’d like to thank you for the oscillating support I’ve received during my term in office. I feel that I’ve been able to accomplish much in the last four years despite the state of the country following the Bush administration. Notably, I would like to briefly touch on some of the highlights from my term, such as ending the “Don’t Ask, Don’t Tell” policy, expanding healthcare coverage for children and, of course, ending the Iraq War. Did I mention that I won the Nobel Peace Prize while doing all of this?

Now if we look back on some of my further victories, like displacing the orchestrator of the 9/11 terrorist attacks, Osama bin Laden, we will realize that this is not really what a president is for. Voters have shown that the role of the President of the United States is not to protect the country from terrorists, raise unemployment rates or improve our decrepit healthcare system; it is, apparently, to return this country to the strong Christian Right values that it wasn’t founded upon.

With the election of Republican candidate Mitt Romney, I foresee a return to these wholesome American values, like the Bush-era torture policies and slavery. A return to a time when women will not be found in binders, but in kitchens instead.

Today, as I step down from office, I would again like to thank all of my supporters and ask them to lend their support to our new President. To the soldiers that I brought back from Iraq; to the gay community whose unions I endorsed but who will remain unrecognized and persecuted by the Romney administration; to the women whose health coverage I extended to include free access to birth control; I ask you all to welcome our new President into office, even though he might not have always welcomed you.

Thank you all, and may Mohammad bless America. 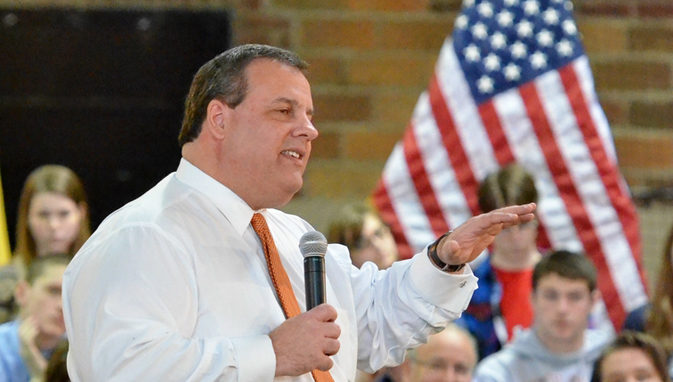 Gov Christie Goes The Extra Mile, Donates His Pants to Create Tents for Families in Need