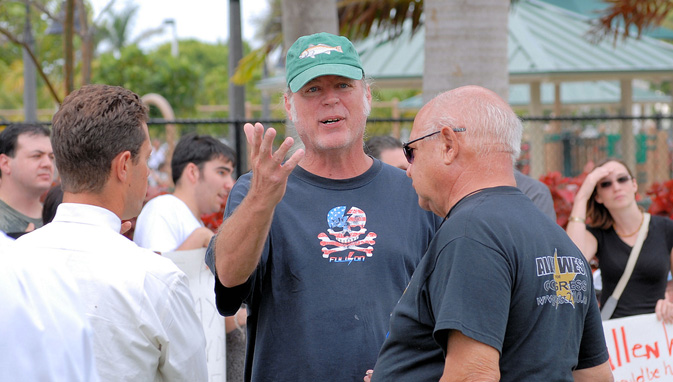 Oh Sharia Law, Where Art Thou

ANTIGO, Wis. – Self-described movie buff Nick Canefield, 27, has been waiting on the release of “Sharia Law” for years, believing that it sounds like a better version of I Am Legend.

“People always talk about how it’s coming soon, and it sounds like it could be an awesome horror flick,” Canefield told Newslo. “I was pretty pumped because I have not seen a good post-apocalyptic film in a while, and this one seems really great with a mind-control and political thriller element thrown in.” He added, “The buzz has been around for a pretty long time but it’s been really hard to find any information about the film.”

Nick has scoured IMDB, Wikipedia, and Moviefone before concluding the film is not even in production yet. “It seems weird that people would be so invested in a film that no one appear to be making – it’s not fair to build up people’s hopes like that for no reason,” Nick wistfully remarked.

Nick was surprised that he could not even find out if a screenplay was written, or who was slated to direct. He says he was personally hoping for Guillermo de Toro, the director of “Pan’s Labyrinth.” Nick believed that because “Toro did such a good job with the fantastical elements in that movie, I think he would do well with the seemingly absurdist elements of ‘Sharia Law.’”

Recently, Nick has started a letter-writing campaign to the major motion picture studios hoping to rally support for the film. Surprisingly, he has gotten many responses, but mostly from the NSA.