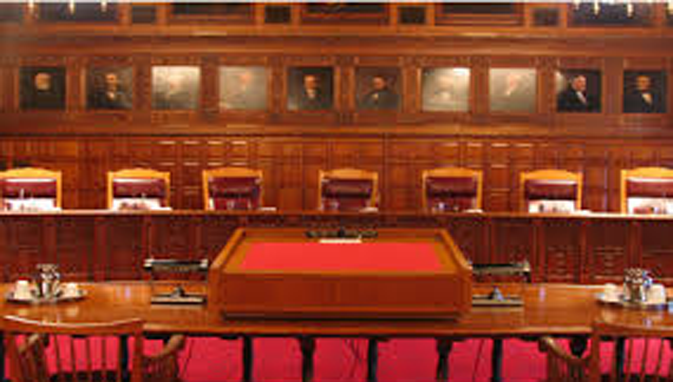 ALBANY, N.Y. — Competing bills in New York’s State Senate and the State Assembly introduced by two legislators with a combined age of 130 are attempting to allow old and powerful judges to grow even older and more powerful.

Current New York State law requires judges on the state Supreme Court and the state’s highest judicial panel, the Court of Appeals, to retire when they reach the age of 70. Supporters of both bills say the law unfairly targets the elderly. “Sure the law made sense when it was proposed back in the 1800’s,” said Democratic Assemblywoman Helene Weinstein, 60, who is sponsoring the bill in the Assembly. “People were lucky to hit 45, let alone 70. But today, with medicine and vaccines and cryogenic freezing, rich and powerful people are living into their 80s and 90s. They need jobs.”

While the two bills both attempt to extend the age judges are required to retire, they go about it in different ways. Weinstein’s bill would raise the mandatory retirement age for the two courts to 80, and is far enough along in the process that it could go before the voters as a ballot initiative in November. However, Republican State Senator John Bonacic, 70, has introduced a bill in the Senate that would raise the retirement age for a wider range of judges, but some only to 74, while others could work to 80 provided they were certified as competent every two years.

“I agree with Assemblywoman Weinstein that 70 is the new 30,” said Bonacic. “However, I disagree that 80 is the new 40. I know some seriously looney 78 year-olds.”

Another difference between the bills is that Bonacic’s would have to be passed by both the Senate and the Assembly twice, in separately elected sessions, before being passed on to the voters for final approval. Meaning it wouldn’t be able to go into effect until 2016 at the earliest. Some Democrats are crying foul over the Bonacic bill, saying the delay is intentional because the current cheif judge on the New York State Court of Appeals, the solidly-liberal Jonathan Lippman, will turn 70 in May of 2015.

“They just don’t like Johnny,” said Assembly Speaker Sheldon Silver, a childhood friend of Lippman. “If he was a conservative itdealogue, they’d be all over our bill. Of course if he were conservative, we’d probably be introducing Bonacic’s bill.”

Regardless of which bill eventually makes it to the Governor’s desk, both sides agree that the important issue is ensuring that well connected, powerful people aren’t forced relinquish some of their power over the common people just because they’re getting old and becoming senile.

“Taking power away from an old, white male set in his ways who is a permanent fixture in Albany’s political landscape just because he turns 70?” asked Speaker Silver, who has held the position of Speaker of the New York State Assembly since 1994 and turns 70 next February. “That’s just plain stupid.”