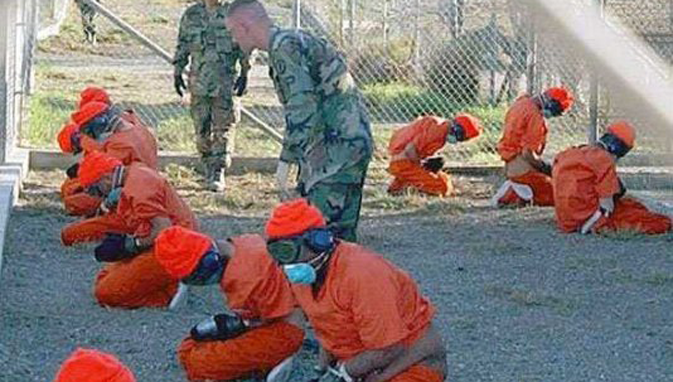 WASHINGTON– Following President Obama’s inauguration ceremony on Monday, the 166 detainees currently being held at the Guantanamo Bay detention camp issued a statement saying they anticipate being released “pretty much any day now.” Obama has decried Guantanamo as a “sad chapter in American history” and repeatedly vowed to close the facility, but as of today it still remains open.

“We understand that the president is a busy man, but now that he’s starting his second term, we’re sure he’ll fulfill his promise to close the camp soon,” said an unnamed Pakistani detainee, who has been held at the facility without habeas corpus since 2007. “After over half a decade, the perpetual cycle of mental exhaustion and cultural degradation has started to wear a bit thin. And the hunger strikes and frequent suicide attempts have really lowered morale.”

A Yemeni detainee – one of the 86 prisoners who have been cleared for release but remain detained indefinitely – says that hopes the camp will close are currently at an all-time high among prisoners.

“In his inauguration speech Mr. Obama mentioned the end of a decade of perpetual war, so we certainly expect the camp will be shut down,” the detainee said pathetically. “Also, according to the tally on my cell’s wall, he has been in office for 1,462 days now, so it just feels like we’re due.”

In a press conference on Wednesday, however, President Obama stated that while he believes Guantanamo Bay is one of the greatest human rights violations in American history, actually closing it will prove to be really, really tricky.

“I’m aware that Guantanamo Bay goes against everything the United States stands for as a free and just society, and everything I stand for as a man of integrity,” Obama said. “But now everyone is expecting me to break this congressional gridlock, deal with Iran, introduce comprehensive immigration reform…I’m starting to think Gitmo might be more of a Hillary 2016 issue.”