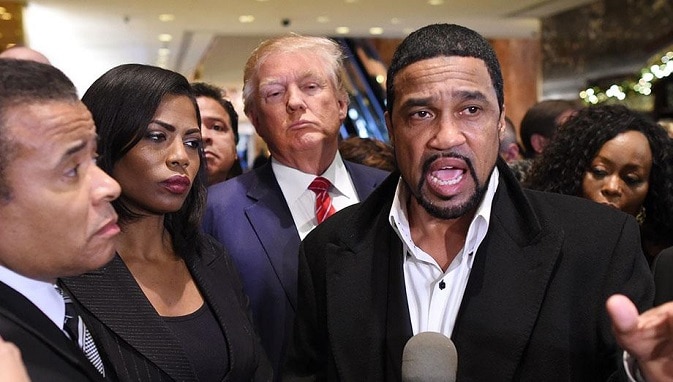 Pastor Scott: “Women Have Smaller Brains And Are Unable To Comprehend Trump’s Sarcasm”

During the same incredible rant, Scott also managed to shamelessly accuse all women of having “slower brains,” and not being able to “comprehend Donald Trump’s awesome sarcasm” because of it. Perhaps Pastor Scott’s explosive rhetoric would not be so surprising if it wasn’t for the fact that he was interviewed by two women.

“To tell you the truth, the hair on my back stands every time I hear someone using the words ‘Trump,’ ‘bigot,’ and ‘misogyny’ in the same sentence, because I know for a fact that person probably doesn’t have the faintest idea what they’re talking about. And coincidentally, 90 percent of the time it’s the women who use those kind of juicy adjectives in order to portray Donald Trump as someone who hates all things female. I’m just sick of it because it’s not true,” Scott argued.

“Then perhaps you’d be so kind as to shed some light on the real state of things when it comes to Donald Trump’s repeated sexist comments regarding prominent female public figures,” Baldwin interjected. “Sure, I was going to anyway, but it’s nice that you asked,” Scott replied. “Basically, the main problem with women, from a biological standpoint, is the fact that the majority of them have smaller brains compared to men. Research has shown that the female brain lacks the sarcasm center found in typical male brains. You follow?”

“Oh please go on, I’d love to hear the rest of this,” Sanders played along. The controversial pastor continued, “Now, because they lack the said sarcasm center, their brains aren’t as effective in comprehending sarcasm as the average male. That means that they always have to play catch up. Meaning, if you were to tell a sarcastic joke to a woman, she would most likely wrap her head around it later on or maybe even the next day. And that’s perfectly normal, there’s nothing wrong with that.”

“However, when it comes to Donald Trump, the man has made his fortune on sarcasm and harsh rhetoric. That’s why it makes sense that most women perceive him to be offensive and sexist, when in reality, he’s no different than how he treats everybody else regardless of their gender,” the pastor said. “And that’s also the reason why most women will eventually vote for him in the presidential election, despite of how the situation appears to be right now.”

“Oh really? And what makes you think that?” Baldwin just couldn’t let it go. “Well, because y’all are slower when it comes to sarcasm, women will only truly understand what Donald Trump has been saying all this time just before the election. Then you’ll see that he was just being sarcastic. And you can’t blame a guy for loving the spotlight, right? I mean, who doesn’t love to be in the center of attention? The important thing is that no one was hurt and that everybody will be happy with Donald Trump as president. And women? I’m sure he’ll apologize if y’all need it that bad. He could even start off with Megyn Kelly, I hear the two of them aren’t exactly the best of friends,” Scott concluded.