Pat Boone, the right wing lobbyist and musical personality has been at loggerheads with the show Saturday Night Live from the time they made a skit parodying the rightists’ persecution complex. He has condemned the program’s cast members and called them Satanic and possibly headed for hell. Speaking with Alan Colmes, Boone stated that “there should be regulations that prohibit blasphemy.” He was also of the opinion that the Federal Communications Commission (FCC) needed to take punitive measures against channels that allow blasphemous programs. Colmes asked Boone if he would “like the FCC to declare that a show like Saturday Night Live or any other show can’t do that kind of humor.” He was in full agreement saying, “You cannot do blasphemy, yes.”

“You have to keep in mind here, Alan, that you’re speaking to someone who knows firsthand how show business works,” Boone continued. “I’ve been doing this for decades and it’s not that big of a secret. It’s all about popularity and numbers. That’s why scandals always sell and get publicity through the roof. Now, on one hand, I think it was great for this country that Donald Trump became president, not only because he’s obviously the right man for the job, but more so because he was chosen by God to do it. Now, I don’t know about you, Alan, but I haven’t seen a lot of people chosen by God to do much at all; to be more precise, I haven’t seen anybody who was blessed like that. So, in my mind, that’s a pretty big deal, and I’m sure there are millions of Americans who agree with me on that.”

The musician also argued, “That said, you know, it’s kind of distasteful and, if we’re being honest, flat out insulting to joke around with someone who’s responsible for making our home a better place and making our lives better as well. And by the way – I went ahead and took the time to listen to the kind of jokes and sketches they were doing about Mr. Trump – and I really have nothing good to say about any of it. What they call humor, the kind of disgusting impersonations of Mr. Trump and his mannerisms and all that, it’s just, I mean, you might as well just go up to the man and spit him right smack in the middle of his face. I believe that would be less insulting and disrespectful to him than what he has to put up with every time those so-called comedians go at it.”

“Bottom line, you just don’t have the right to call out people without any sort of responsibility for it and then have the audacity to say you’re just practicing free speech and what not, that you’re doing your job. That’s crossing the line, and not only is it rude, it’s also a cheap shot,” the singer said. “So, I’m of the opinion that the government needs to punish the people behind and involved in Saturday Night Live if they so much as laugh at Donald Trump one more time on the show.”

“Again – I would probably take all this a little less seriously if it hadn’t been demonstrated on numerous occasions beforehand that he was actually chosen by God to restore this great country to its former glory. But, since that’s not the case and he is, I urge the federal government to step out and act on behalf of its commander in chief. It’s one thing that Mr. Trump is kind enough to let them get away with it, but I’d hate to see what would happen if they were to start making jokes about someone like, oh, I don’t know – Kim Jong Un,” Boon concluded. 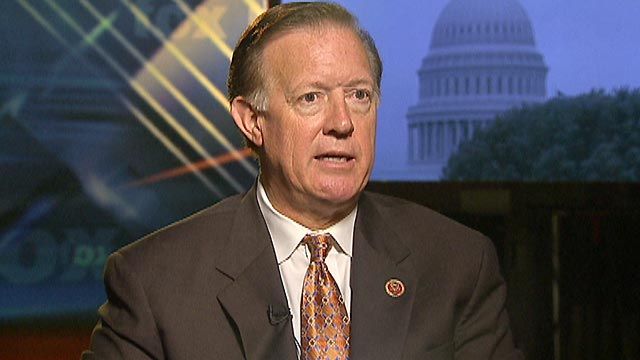 Rep. Randy Weber: “God Punished Pro-Choice Women With Rape, Up To Us To Ensure They’re Not Allowed To Have Abortions”