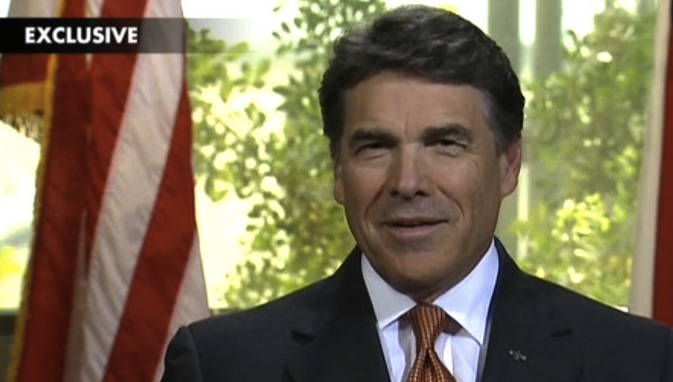 “Republican and former Texas Governor Rick Perry said Wednesday that a judge’s refusal to quash felony abuse of power charges won’t derail or even delay his preparations for a possible 2016 presidential run.

“Perry said: “we’re moving right along as expected,” mentioning his visits to the early primary states of Iowa and South Carolina in the last week. He also reiterated at a news conference in an Austin hotel his pledge to announce his decision on a White House campaign in May or June.

“A day earlier, state Judge Burt Richardson refused to quash two indictments against Perry on constitutional grounds. Perry’s defense team has promised a swift appeal, but said a higher court may take as many as 60 days to rule on it.

“Perry faces charges of abuse of official power and coercion of a public servant, an indictment brought in August by a grand jury in Austin, a liberal enclave in an otherwise largely conservative Texas.

“He is accused of publicly threatening – then making good on – vetoing $7.5 million in state funding for a public corruption division within the office of Travis County District Attorney Rosemary Lehmberg.

“That came after Lehmberg, a Democrat whose county includes Austin, rebuffed Perry’s calls to resign following her drunken driving conviction.

“Perry said Wednesday he’d issue the veto again if given the chance, saying Richardson’s ruling “doesn’t change the constitutional argument from day one” that a governor has the power to veto anything he chooses.

“Perry said: “I used that authority lawfully and legally,” flanked by a pair of defense attorneys. He added that his rights to free speech were as valid as any American’s and that “this continued prosecution flies in the face of that protection and it directly assaults the United States Constitution.”

He added: “I won’t let something as trivial as this dissuade me from my mission. This great country deserves a president who is equally great and I won’t stand by as it implodes because of its incompetent leadership. America needs a change.”

“I am well aware of what the people may or may not think of me, but my main concern right now is the fact that 2016 is awfully close. If the US could afford to have a black, Muslim president for the first time in history, I think it won’t mind one who has had a minor run-in with the law,” he concluded.