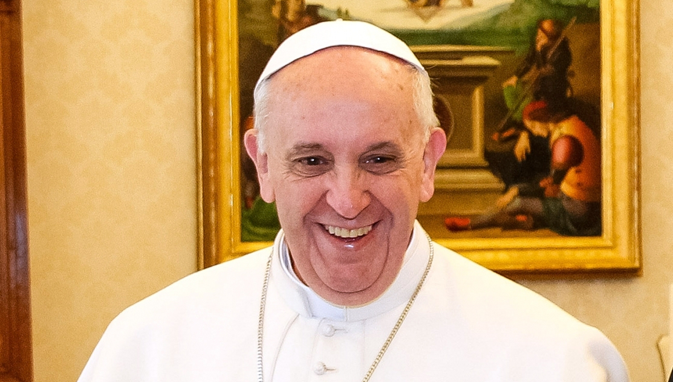 VATICAN CITY — Few eyebrows were raised last week when Pope Francis brought the Vatican’s legal system up to date by criminalizing leaks of official information and formalizing laws against sex crimes. But now that the laws have been made public, a closer look revealed that the pope has made it illegal to report sex crimes against children.

According to the new laws, revealing or receiving confidential Vatican information is now punishable by up to two years in prison, while newly defined sex crimes against children carry a sentence of up to twelve years. Because all sex crimes are kept confidential, there is no longer a legal way for Vatican officials to report sex crimes. It seems to be a very good reason for public concern and a thought-provoking law essay topic for students, doesn’t it?

“We didn’t mean for this to happen, obviously,” lamented Vatican foreign minister Monsignor Dominique Mamberti. “It’s quite the papal pickle that His Holiness has placed upon our heads. Sex crimes are more illegal than ever, but technically it’s illegal to report them.” Mamberti said that the simultaneous passing of each law is merely a coincidence and insisted that the Church is not trying to protect itself against further embarrassment, but critics outside the Vatican are skeptical.

“They know exactly what they’re doing,” claims Fabrizio Perona of Italy’s La Repubblica newspaper. “They just thought nobody would notice. The Church wants to impress the world by getting tough on sex crimes, but they criminalized leaks, which is the only way anybody would ever discover their crimes. It’s genius, if you stop and think about it.”

Mamberti says plans are already being made to eliminate the loophole, but change often comes slowly to antiquated Vatican law, which is based on the 1889 Italian code. “We’re not going to let a dangerous law like this stand, but people need to understand that this is the Vatican, and there is a process here. Voting, incense, prayer. We ask the minors at risk to please be patient with us.”

Fortunately, only clergy and lay people who live and work in Vatican City are subject to the new legislation, which differs from the canon law governing the universal Catholic Church.

As the Holy See moves to clarify the law, Mamberti has warned would-be offenders within Vatican walls that they “are still subject to the most watchful eye of all: the eye of God. His judgment is greater than—oh, who am I kidding? For now, there is nothing we can do.”