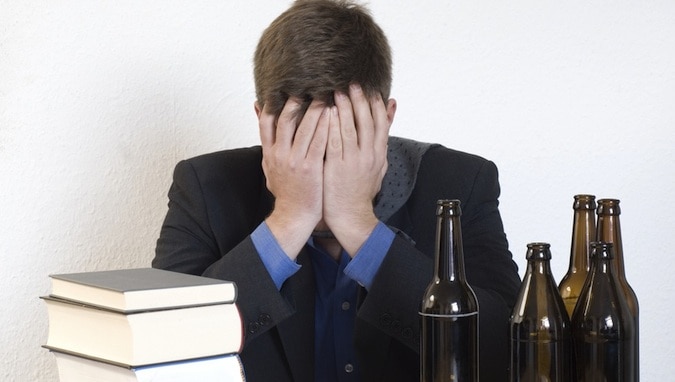 FDA Blames Alcohol for its Approval of Powdered Alcohol

WASHINGTON – Less than a week after the Food and Drug Administration (FDA) seemed to approve the sale of a powdered, snort-able form of alcohol, officials yesterday said that the approval was given “in error.” The cause of the error was not initially explained, but FDA commissioner Margaret A. Hamburg today said that alcohol itself was apparently to blame for the erroneous approvals, explaining that “midlevel bureaucrats hammered on traditional, liquid booze” had sanctioned the product during an “unfortunate office bender.”

The powdered alcohol, developed by the Phoenix-based company Palcohol, can be mixed with water to form “instant cocktails,” and has been marketed by the company as a convenient alternative to liquid alcohol, both because it can be easily smuggled into sporting and concert venues and because it can be sprinkled over food. But Hamburg said that the inebriated FDA employees were most intrigued by the product’s “snortability,” which Palcohol has acknowledged.

“The employees in question had been drinking somewhat heavily, on the job,” Hamburg admitted. “Our inquires have revealed that they thought it would be ‘kick-ass’ if they could snort alcohol rather than drink it, and believed that they could avoid detection in their substance abuse if their breath didn’t smell like gin and tonics.”

Sources inside the FDA say that on-the-job drinking is “rampant” in the agency. “It might sound surprising,” said one worker who asked to remain anonymous, “but you try staring as eyeliner labels for eight hours a day and see how long you can last without a drink.”

Hamburg refused to comment on the agency’s alleged drinking problem, saying only that she has faith in her employees’ “ability to hold their liquor,” and will “personally see to it than any lightweight who lets intoxication effect their performance is dismissed.”

Palcohol has surrendered the seven approvals back to the FDA, and still plans on resubmitting them.

“We realize that the FDA didn’t mean to give us these approvals,” said company founder Mark Phillips, “but we stand by our product, and we believe that even a sober FDA will eventually sanction Palcohol’s use. Ultimately, what is freedom worth if you can’t snort alcohol off a stripper’s chest?”