Identifying As A Team: Powerful Team Names And Its Impact On An Organization

The Japanese at one point was considered to be the most innovative nation in the world, hence the name rising sun. A country that was almost eradicated rose to new heights through hard work, dedication, and commitment to continue Japan’s legacy for the coming generations. However, in recent decades, Japan has not done well in terms of spectacular innovation. This writing is not about Japan but how certain elements of performance management like having powerful team names can lead to greater outputs.

So, back to the example of the Japanese. Although dedicated and hardworking, the Japanese fell behind in the chaos caused by unity. Heard the phrase “United we stand divided we fall?” Well, this is an old saying and like all old sayings, it can sometimes become obsolete. Japanese have adhered to strict working conditions, from morning till night with many examples of CEOs cutting their paycheck to sustain their employees living in cases where businesses are on the verge of bankruptcy. All are good examples of a great Japanese culture, respect, and working with harmony.

However hard work and dedication will take you to one level but if you want to push through that level then you need to be competitive. Being competitive, having the right attitude to succeed, using powerful team names and more are some of the examples of performance management that can set your business on the path of accelerated growth. This is one of the reasons why there is no spectacular innovation coming from Japan in the recent decade. The population is getting aged while the young do not harbor that competitive spirit to drive the businesses forward. 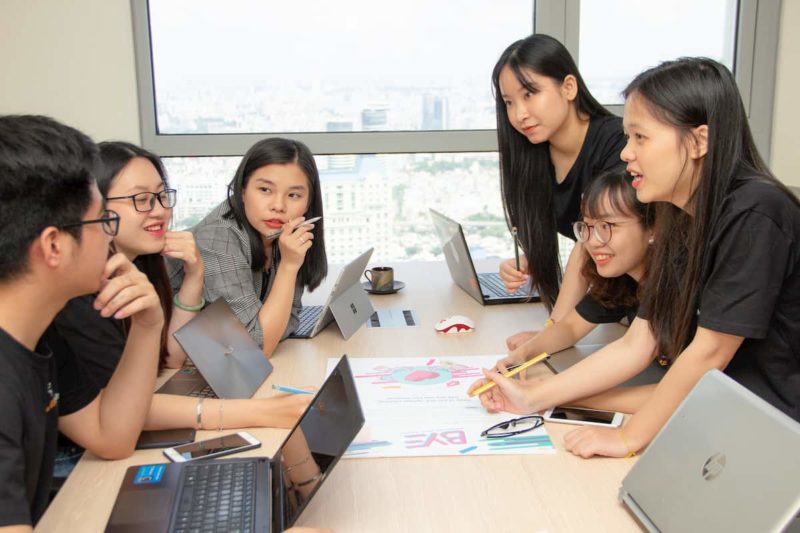 What would you expect if you entered your workplace right now and ask them which team they are on? This is quite a question to ponder upon because it is what will tell you about the culture of the company. Seen the movie “wolf of wall street?”. Although we do not promote any activity displayed in that movie, the concept is spectacular to witness. Watch that movie again and slowly realize how each of the employees pushes their colleagues to do more creating a competitive environment. There are slogans, chants, dedicated music, and other cheerleading moments in the movie that make you question whether an office should be running like that.

Well, you’re right, it shouldn’t be running like that but pay close attention to the concept of teamwork displayed in that workplace. Having the spirit of being in a team creates a level of competition within a firm. We’ve seen one firm compete with the other giving rise to terms like “cut-throat competition”, “Price wars” and more. However, we’ve also seen firms work together leading to collusion. You may be wondering, isn’t working together with a good idea?

Yes, but working together with your competition in terms of making more profits, what does that lead to? A classic example of greed where a party within the collusion starts to cheat their “partners” leading to the failure of that particular cartel. We must truly understand the difference between working together for a good cause and for making profits because the latter often does not work out. An example is the OPEC organization that sets the price of oil, however, because of the cartel, recently there seemed to be a tussle between the Saudis and Russians with the latter dropping oil prices without agreement with the former.

A great example of healthy competition is when a country’s government reduces the barriers to entry for businesses in a particular sector to operate. What happens then? You will see the businesses compete with each other on every level, trying to be the best. This is exactly what we mean by teamwork to achieve a certain organizational goal rather than teamwork to make money.

Working together in a department to outperform other departments is healthy, keeps things interesting in the workplace, and ultimately results in the growth of the organization. This is the complete opposite of what an individual alone can achieve. Individuals alone might not be able to achieve certain growth and can lead to office politics. This results in demotivation of the young talented staff and can also drop older employees’ morals.

What do Elon Musk, Tim Cook, Bill Gates, and other successful entrepreneurs do? They create a sense of working together, an environment that promotes heavy internal competition driving innovation and efficiency forward. This ultimately results in accelerated growth as seen with the organizations under the influence of these individuals.

Powerful team names and their impact 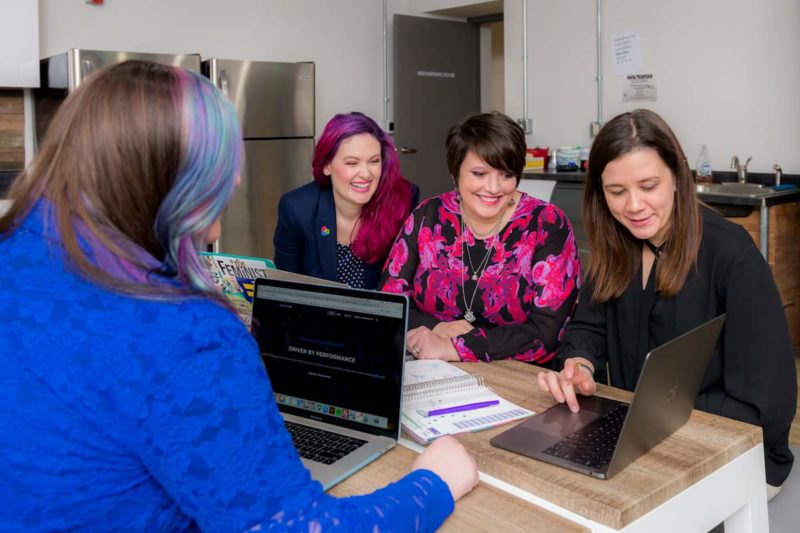 So, yep back to powerful team names. As mentioned previously, healthy competition is the key to driving a business forward. Having powerful team names for every department will give employees a sense of inclusion making them feel that they’re part of something bigger. Employees that identify as a team can not only lead to business growth but also increase employees’ happiness levels.

The entire process of having powerful team names gives a sense of belonging to the employees, department, and even the organization. Heard about sorority houses in colleges? What do they have? Different house names for different houses, however those under a particular house, no matter what, remain loyal to their houses.

So, let’s look at the aspect of incorporating powerful team names and how it can be done.

How to incorporate powerful team names? 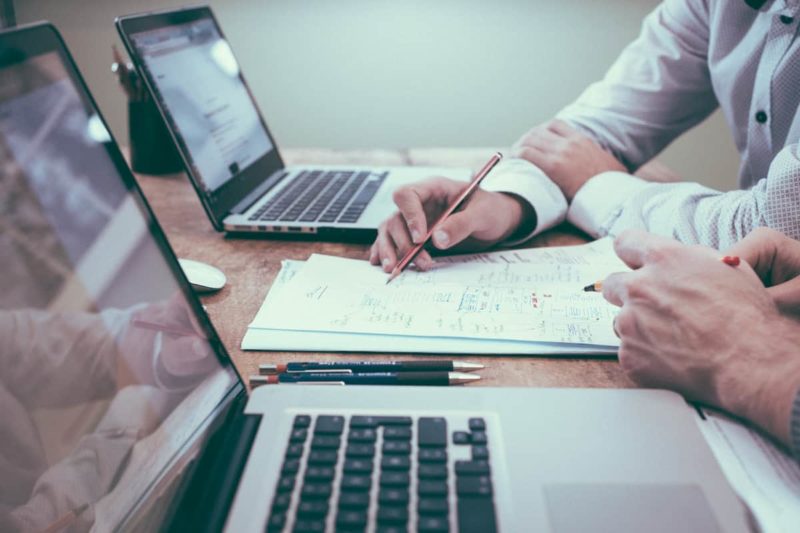 Work together to come up with some powerful team names

The first step to having a team name for a particular department is to pass down the power to them. Democracy right? Yup, let them decide what team names would suit them and their department. This is a good exercise as it will get everyone together. You will see many members that used to play a silent role in the firm now stepping up and suggesting something for their department. That checks the box “sense of belonging”.

The idea of the team names is to hold their department high. It leads to establishing roles among your colleagues. People will immediately step up, some would assign themselves as leaders while others will assign a role to themselves which might be their strong suit. This is great because everyone is held accountable for their role. So many will try to fit in the role as much as they can. There are many different examples and studies that demonstrate how a team name can positively affect performance.

Let’s go over a story that might let you know how powerful team names can impact work performance. There was a group of employees that worked overnight shifts and the issue that rose was that all the employees would blame each other for any failures or inefficiencies. This was due to everyone wanting to succeed.

Step two after selecting a team name would be to have a team logo that gives the entire team and the individual’s identity. Having a logo that represents you and your team gives you the feeling that you belong to something larger than yourself, that you belong to this legitimate corporation. The logo should not be something of a hassle. Anything simple and easy can do the job just fine. A logo will help the higher management also understand who belongs in what team.

Look at mascots at an NBA game. Looking at a particular mascot, you can easily identify which team is being represented on the playing field. This is the case with a logo for a department or team.

Changing the language of an organization can lead to a change in the current culture. This provides even more power to the employees as they are able to change the culture of an organization by themselves. For example, a pantry might be currently referred to as a pantry, however changing it to something different and unique like “the hotspot” or anything else can have a huge impact on the organization’s culture. A sense of involvement, pride, and a new language can motivate employees to outperform and push their department on the path of success.

Instead of calling a conference room a unique name like “brainstorm” room can have a huge impact on how people perform. It creates a feeling that the room is destined to bring out great ideas and innovation, hence you will see employees having a turn to have their team meetings in the brainstorm room. This is a healthy practice that is currently being displayed in startup companies.

You must’ve seen the videos over the internet of Japanese work culture where the employees are hard-working and dedicated. You may have even seen videos of employees in Japan dozing off on their desks which is considered a good sign of a hardworking employee in the country. However, you won’t see any competition among the people or departments.

You won’t see any office activities or people running around supporting each other in a crowded office to become the best. And this is why there is no spectacular innovation coming out of Japan in the recent decade.

Encouraging healthy yet friendly competition among departments can have employees doing their best to achieve the end result. In such competitions, providing prizes to ensure everyone plays along well can result in wonders for the company.

However, an organization in this needs to get creative with deciding who wins. Perhaps, an organization can reward a team that works together in achieving a goal but eventually losing to a team that doesn’t work together but achieves the goal. This will also motivate employees in understanding that even efforts don’t go unrewarded in such a company thus setting a great corporate culture. 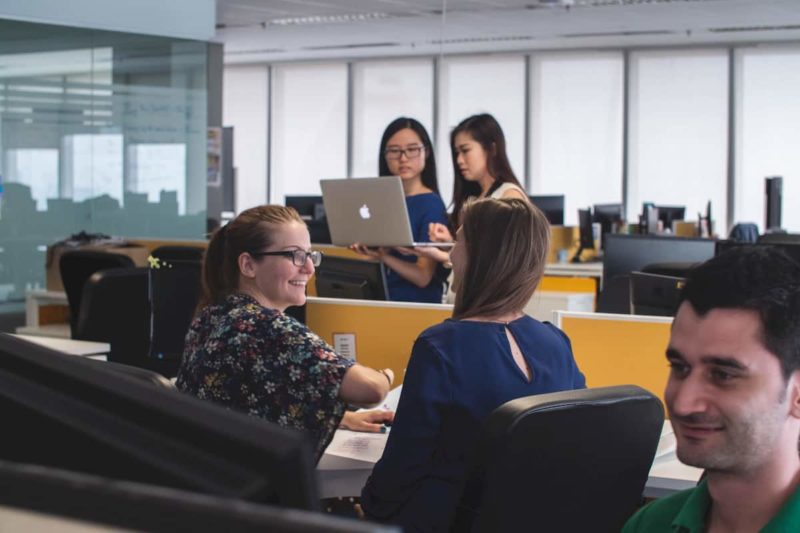 Like mentioned before, team names are set by the members of a particular team. However, we can give you some examples that you can either alter or use as it is. We prefer adding your own personality in the examples provided below. But before we show you some examples, let’s go over some basic rules when coming up with team names.

Some examples of powerful team names are as follows. 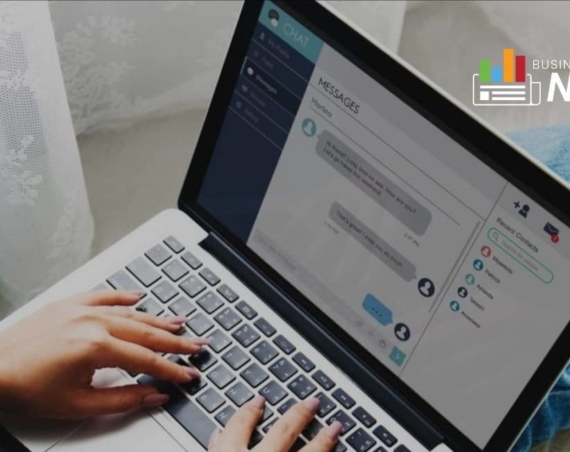 What are Chatbots and How Do They Take Customer Service To The Next Level?