BERGEN COUNTY, N.J.- Bergen County high school students Linda Lernosa and Kelly Bacaw have each started a Facebook page in hopes of getting North Korean leader Kim Jong Un to attend senior prom with them this May. The pages have each received approximately five hundred likes and some thirty shares.

Within the last three years, courting celebrities during prom season has become a semi-normal practice, with supermodels, actresses, actors, and even N.Y. Giants punter Steve Weatherford accepting invitations to appear as prom dates, though this is the first known instance of students attempting to get a foreign political leader to accept their invitations.

Both said they were “inspired by” Cameron Stuart, a high school student from Massachusetts who launched a Twitter campaign to get sports reporter Jenny Dell to go to prom with him.

Lernosa, when asked by Newslo why she wanted to attend her prom with international bad boy Kim Jong Un, said,

Continued Lernosa, “I could have went [sic] with the class president, he’s asked me like five times, but really how much power does he have? Sure, he has a say in what the cafeteria serves as dessert, but that’s nothing compared to a man who can snap his fingers and have you turned into dessert.”

Lernosa went on to add, “Plus have you seen his cheeks? I just want to squeeze them. They’re so cute!”

Bacaw had a much different reason, telling Newslo, “I think Kim is really just misunderstood. People just don’t get him. I don’t think he’s really a bad guy, and I’m sure that with true love near him, he could be a great leader… You know? Like in that deodorant commercial.”

Not everyone, however, is happy with the notion of a celebrity attending the Louie De Palma High School Prom, with acting Superintendent Charles Vermeer saying, “It’s just weird these celebrity proms. Here we call it ‘celebroming.’

After shaking his head for some time, Vermeer concluded, “I mean what are you trying to do? Reinvent yourself? Make yourself seem more desirable? There’s three weeks of school left, why don’t you reinvent yourself in college? If you can’t find a date, go with a friend, family member, or go stag. But just stop being so damn weird about it. Oh. You’ll cut that ‘damn’ out, right?”

Former NBA player and Kim Jong Un friend, Dennis Rodman, has contacted both girls, promising he’d try to “speak to his boy, and see if he’d like to attend with either, if not both of them.” He added “that they’d both need to put more effort in, though,” reminding them that Stuart even posted sticky notes around Fenway Park to pressure Dell into saying “yes.” He then waited four hours just to talk to her outside Fenway.

Lamented Rodman, “All they did was a Facebook page. I mean come on, this is the leader of North Korea we’re talking about. Try a little harder.” 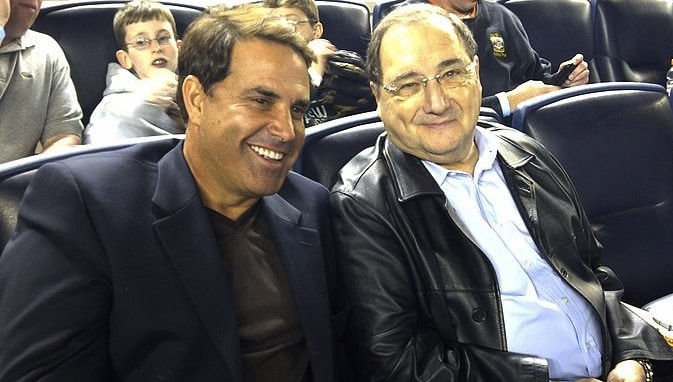