NEW YORK — With stock prices soaring, there is a renewed spirit of optimism blooming on Wall Street, as many investors believe markets will remain bullish indefinitely despite historical trends which suggest they are terribly, tragically mistaken.

“I know this has happened before and it’s been short-lived,” Steve Newman, a trader with Goldman Sachs told Newslo. “But this time it feels different, you know?”

“I mean, just look at this line,” Newman said, pointing to a graph on his smartphone. “It’s almost vertical, for Christ sakes. How could it not keep going up?”

On Monday the Dow Jones Industrial Average closed just below 14,000. Last week, the index—which is widely viewed as an indicator of the market’s health in general—reached its highest point in five years, which to some suggests that everything is going to be good from now until the end of time.

“I don’t see any reason why it won’t continue going up!” trader Ben Buhler said by phone from the floor of the New York Stock Exchange. “It’s my understanding that numbers are theoretically infinite. If that’s right, who’s to say that by next week the Dow won’t be up to, like, seventeen gazillion or something. Think about it: seventeen gazillion. We’re all gonna be rich!”

Some experts believe the recent bout of exuberance is irrational. “Markets always contract eventually,” said economist Paul Krugman, a Nobel laureate. “Sometimes it happens quickly, dramatically, and ‘out of nowhere,’ as it did in 2008, when the Dow fell nearly 800 points in a matter of hours, obliterating huge amounts of wealth, destroying millions of retirement and pension plans, and plunging the world economy into a devastating recession.”

Trader Kevin Bell called Mr. Krugman a “total party-pooper.” “Were mistakes made in the past? Yes,” Bell said between guzzles of champagne. “We got too excited, and that made us sloppy, and we paid the price. But we learned our lesson, I pinky swear! Trust me, we’re gonna be careful this time.” 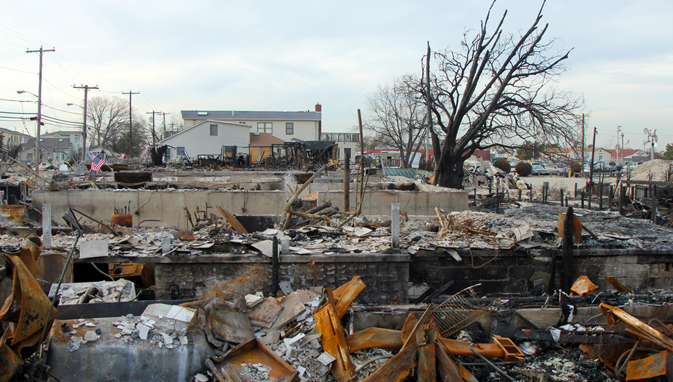