WASHINGTON — Representative Trey Radel (R-Fla.) pleaded guilty to possession of cocaine in D.C. Superior Court on Wednesday morning, admitting he had purchased the drug as a booster to keep him going during long hours of attempting to derail President Obama’s legislation.

“I am so sorry to be here,” Radel said Wednesday. “I have let my constituents, my country and my family down. I want to come out of this stronger and I intend to do that, to be a better man, a better husband and continue blocking this administration’s agenda.”

According to authorities, on the evening of October 29, Radel and an acquaintance met an undercover officer who sold the pair 3.5 grams of cocaine. The congressman was arrested in his D.C. apartment later that evening.

“Obamacare is horrible, and I found myself desperate for an extra boost,” Radel admitted in a statement released today. “Obviously I never would have turned to drugs had it not been for the way this legislation is destroying the very fabric of our great nation.”

Radel, a freshman elected to Congress in 2012 with Tea Party support, had previously voted for mandatory drug testing of food stamp applicants. Radel further blamed his drug use on his alcoholism, which he claimed was exacerbated by the White House’s domestic agenda. Though he faced a maximum of 180 days in jail, as well as a fine of up to $1,000, the 37-year-old Radel was instead sentenced to a year of probation. Radel deflected accusations that the lenient verdict was due to his status as an elected official.

“It is clear that the judge understood the stress that I, and indeed the whole country feels under Obamacare,” Radel said. “That is why I received a soft sentence. People who are struggling under socialized medicine should not be treated too harshly for their mistakes.”

The Florida representative made no mention of resigning, but instead implied that he would return to the House after seeking treatment for his substance abuse problems, saying, “Once qualified medical professionals have guided me through my addiction, I promise my constituents that I shall return to the House to continue the fight against policies that would allow them to get the same help.” 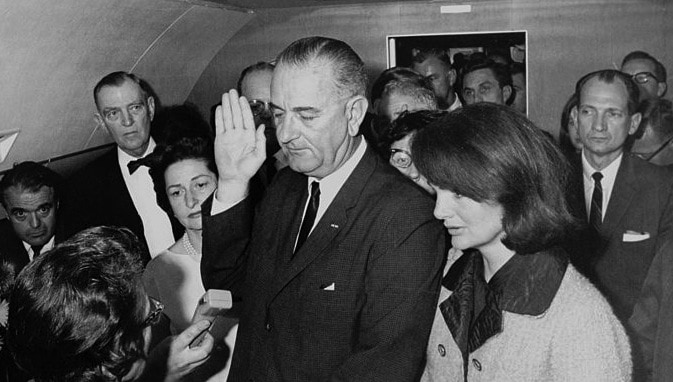 50 Years On, Nation Pauses to Remember Lyndon B. Johnson’s Inauguration