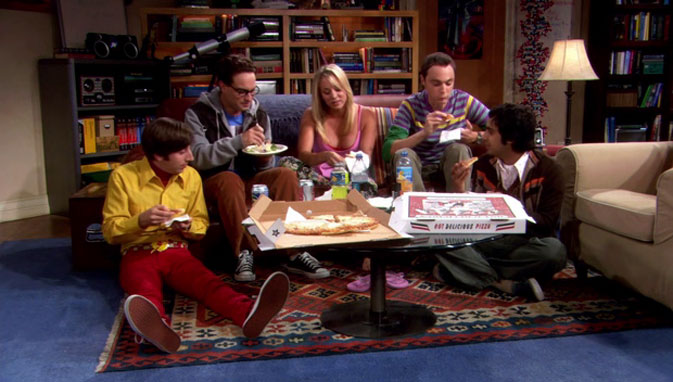 LOS ANGELES – A recent study by the Culture and Media Institute—a division of the Media Research Center—analyzing TV’s influence on American society and specifically focused on the positive correlation between TV serial killers and brutal violence in America, notes a 35-percent surge in serial-killer-based shows in the last year. But according to Jack Meyers, one of the institute’s researchers, “Our published findings are disheartening enough, but they pale in comparison to what our research has revealed about one violence-inducing show in particular: The Big Bang Theory.”

Meyers revealed some of this unpublished information, which includes evidence of a 43-percent surge in child bullying since the The Big Bang Theory first aired. “Children see the show and suddenly they have to be a nerd,” Meyers said. “More nerds equals more bullying.  It’s a real problem.”

Jane Dipple, a single mother who led a “Cancel Big Bang” petition last year, isn’t the least bit surprised by the recent revelation. “I’m glad people are finally hearing about this show’s effect on my son.  Wedgies, toilet dunks, you name it,” said Dipple of the bullying her son has experienced since his first and only viewing of The Big Bang Theory. “Suddenly he was into math and science, reading books. He even thought it was cool to wear glasses. He became prime bully fodder. This kid thinks titty-twister bruises are some kind of badge of honor.”

An unnamed CBS executive scoffed at the notion that its Emmy-winning show is to blame for this surge in bullying. “At what point do these people take responsibility for their own actions?  Are we suddenly contributing to obesity because we air ‘Mike and Molly’?”

While the network denies that TV wields a significant influence on society, the facts suggest otherwise. In addition to the Culture and Media Institute’s findings on TV-inspired violence, a poll conducted by The Hollywood Reporter revealed that of the audiences for Modern Family and Glee, 27 percent were more sympathetic toward gay marriage after they watched the respective shows.

“It’s a TV world and we’re just living in it,” Dipple said. “The proof is in the pudding.”

Dipple understands that it will require an uphill battle to change the status quo. “The networks won’t budge with all this power.  Maybe, I don’t know, one of the show’s cast members has to make a public stand, like the guy from that other CBS show did,” Dipple said, referring to Mandy Patinkin, a former cast member of Criminal Minds, one of CBS’s 37 police procedurals. Patinkin described the program’s violent content as “disturbing to my soul” and left the show, only to land on Homeland, a show about bloodthirsty international terrorists.

“But I’m not holding my breath,” Dipple continued. “Maybe I just have to hope my son goes back to watching ‘Jersey Shore’ re-runs and being cool and stupid as shit again.”