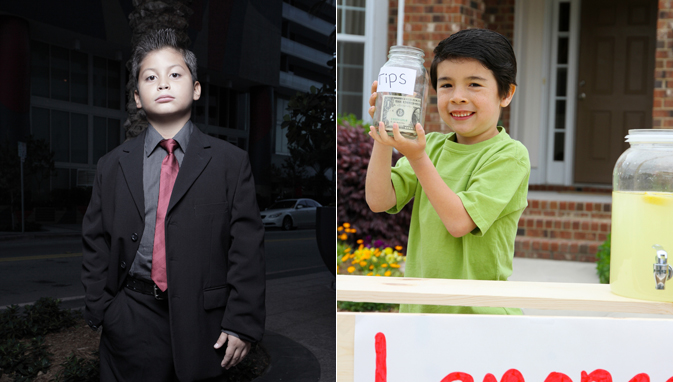 Lopez starting gaining national attention after the Democratic National Committee came across the completed version of his school essay “What I Would Do as President.” The elementary school student’s desire to feed the hungry, care for the sick and extend recess by 30 minutes is exactly the type of compassionate, forward-thinking leadership Democrats hope to run in the future after Obama leaves office in 2016 and the Clintons finally abandon public service. Lopez’s platform supports core tenets of the current party ideology (Obamacare and government help for the poor) while also proposing bold new ideas (more recess).

Lopez is also of Hispanic descent, something Democrats hope will help them keep their strong majority among that rapidly increasing voter demographic. Rounding out the youngster’s list of qualifications, Lopez is an avid “Call of Duty” player—a fact party strategists believe would make him an ideal commander in chief.

Republicans have already begun deriding Lopez as a socialist.

“Henry Lopez claims he wants to feed the hungry and house the homeless,” says conservative founder of Redstate.com Erick Erickson, “but he has not given any indication of how he would go about paying for such costly social programs.”

Many in the GOP have painted Lopez as a “spend first, ask questions later” liberal who would fair poorly against their preferred 2036 candidate, Ben Prigal, a 6th grader and self-made lemonade stand mogul from New York. Prigal broke into politics as 3rd grade treasurer of PS 78. He has championed school choice by demanding the cafeteria offer both cold cuts and pizza.

While the race is still more than 20 years away, both parties believe it is never too early to start campaigning.