WASHINGTON — According to experts, early signs seem to indicate that the Republican Party, in particular its members in House of Representatives, might not be the biggest fans of the Patient Protection and Affordable Care Act.

Professor Larry Sabato, of the University of Virginia Center for Politics, said that while the GOP has yet to make its true feelings known on the 2010 health care reform bill—colloquially referred to as Obamacare—its reception of the law might turn out to be less than an open-armed welcome.

“They’re playing this one pretty close to the chest,” Sabato says. “On Friday the House approved a short-term spending bill that defunds PPACA, but perhaps they assumed it could fund itself? You’d think in the three years since Obamacare passed, they’d voice some sort of stance …”

The House has voted more than 40 times to repeal the Affordable Care Act, but all of those votes were dead on arrival in the Democrat-controlled Senate, and almost certainly would have been vetoed by the president. Experts say that legislators charged with fighting for their constituents’ interests surely wouldn’t waste time on hollow symbolic measures, so perhaps Republicans are trying to send some sort of coded message.

“Maybe they like it too much,” Sabato said. “Voting dozens of time for something you know will inevitably fail – perhaps they are trying to tell the American people that they are not worthy of the expanded health coverage Obamacare is trying to institute.”

The House’s latest vote sets up a Congressional showdown that, if unresolved, could shut down the U.S. government. The laughable idea that elected representatives might hold the entire country hostage in a futile “effort” to repeal a law that’s already being implemented only heightens the mystery.

“Look, don’t rush me,” said House Speaker John Boehner, R-Ohio. “The medical care of our citizens is of the highest importance. It’s possible that we won’t know if Obamacare works until we give it a try. Until then, I’m going to keep my opinions to myself, thank you very much.” 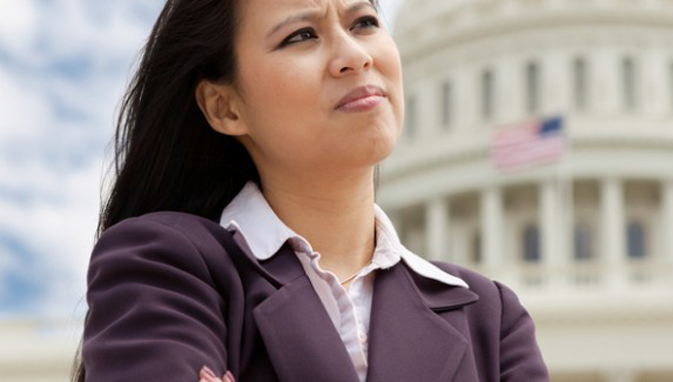