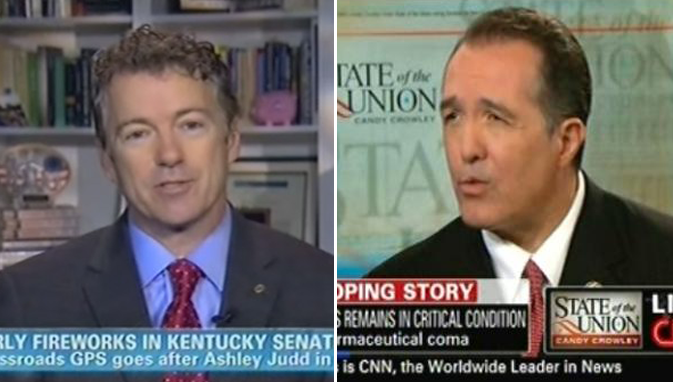 WASHINGTON — Since PRISM whistleblower Edward Snowden first revealed that the NSA has been secretly collecting communication data on millions of Americans without warrants or due process, prominent Republicans across the country have been speaking out against this gross violation of non-vaginal privacy.

“There is no justification for the government to intrude on the personal lives of American citizens,” said libertarian-favorite Sen. Rand Paul, R-Ky. “Of course there are going to be small exceptions when it comes to women, or gays, or people with vaguely ethnic-sounding names, but for the most part the right to privacy is sacred.” Paul has even threatened to sue the federal government over the NSA’s controversial surveillance program.

In the House, outrage over privacy violations almost brought the lower chamber to a complete standstill this week. Representatives were so busy attempting to restore constitutional protections that they were barely able to approve a bill severely curtailing a woman’s right to choose. The bill, which passed 228-196, would ban abortion after 20 weeks, even in cases of rape or incest.

“The Obama administration has shown appalling disregard for the privacy of American citizens,” said architect of the abortion ban Rep. Trent Franks, R-Ariz., at a press conference Thursday. “Looks like it’s up to Congress to rein in government once again.”