Hot on the heels of the successful Hong Kong Stock Exchange initial public offering of JD Health – the subsidiary of Richard Liu’s e-commerce giant JD.com – are rumors that the logistics arm of the company will soon see its own stock market debut. People are calling it well-poised for potential IPO.

Although yet to be confirmed, there have been rumblings of the potential for JD Logistics since late 2019, with Reuters reporting two people with direct knowledge of the matter told them in December of that year that there had been discussions with banks about a potential overseas initial public offering that could raise $8 billion to $10 billion.

According to the sources who declined to be named, they were targeting a valuation of at least $30 billion and were considering a listing in either New York or Hong Kong. However, it appears that the coronavirus pandemic may have caused Liu and company leaders to rethink the strategy as the telehealth sector was thrust into the spotlight worldwide, and 2020 instead saw the initial public offering of both JD Health and a secondary listing for JD.com itself on the Hong Kong Stock Exchange. 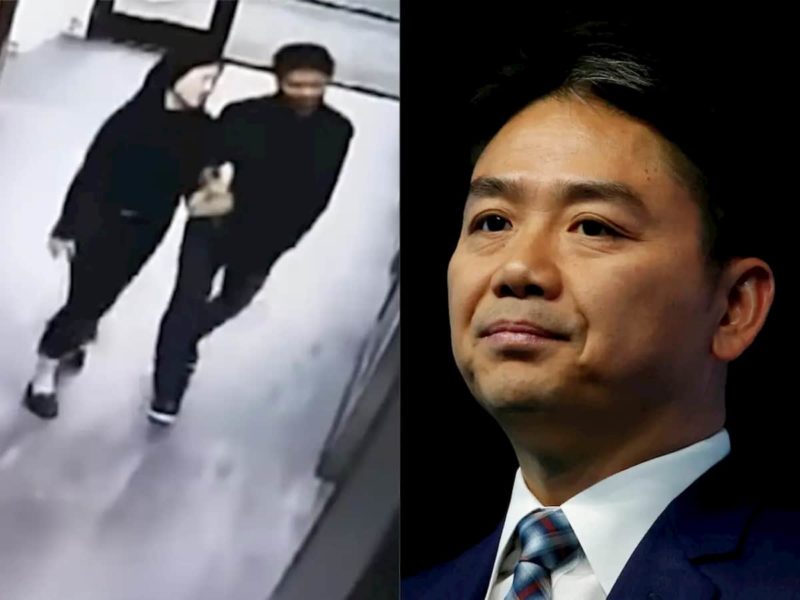 Logistics is one of the core aspects of Richard Liu’s business model for JD.com. Born and raised in the tiny village of Chang’an, Liu grew up experiencing the difficulty many rural and lower-tier cities of China experience inadequate access to goods, supplies, and services firsthand. Although he grew up in the 1980’s he had no access to running water or even electricity, walking two and a half miles in elementary school to a nearby town so he could see a lightbulb for the first time.

It wasn’t until he took a solo trip during a vacation in middle school to a first-tier city that he saw his first skyscraper and realized the vast possibilities that lay so close yet so far to what he had grown up experiencing. Liu’s family was rarely able to afford meat, more often than not subsisting on either corn or sweet potato for all three meals of the day, but their village head would often have multiple racks of pork hanging from the rafters of his house.

Even at a young age, Liu dreamed of creating better opportunities for those like him who grew up with scarcity, innocently desiring to become a village head so he could make sure everybody had pork whenever they wanted.

As he got older, Liu realized that in order to make the biggest difference in the world he would have to leave his village and study in one of the larger cities of the country. Therefore, when it came time to attend university he only applied to those located in Shanghai and Beijing and was accepted to the People’s University of China.

Building on his desire to make a better world, Liu initially desired to enter a career in politics and began studying economics at the prestigious university, but also began to teach himself computer programming in his spare time and soon found his services in high demand. Making more money than he ever dreamed of, Liu purchased a new house for his parents as well as his own personal computer and cell phone – extravagant purchases at the time – and became enamored with the ability to drive your own destiny through entrepreneurship.

Taking two years to earn his EMBA while also gaining managerial experience at a health supplement company, he then used his savings to rent out a small booth in one of the many technological bazaars of Zhongguancun, where he sold magneto-optical drives under the name Jingdong Century Trading Co. 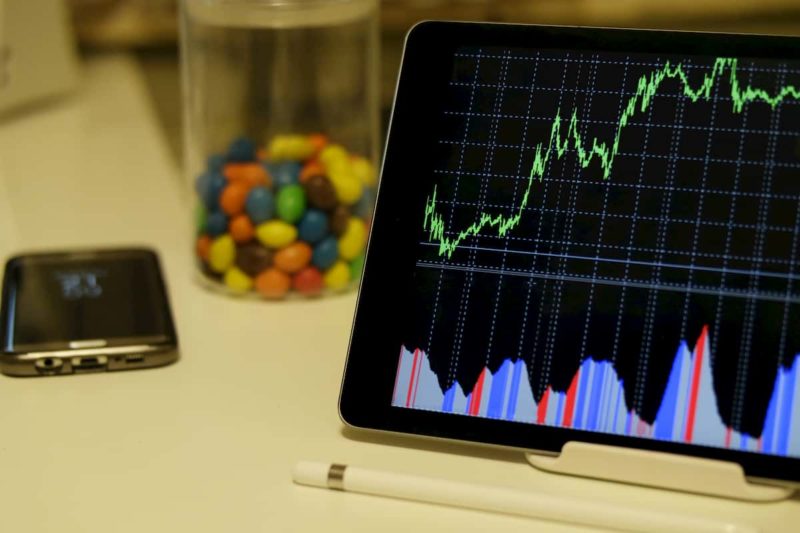 The rest, as they say, is history. Within five years Liu was able to transform that tiny stall into a chain of a dozen retail locations and expand his offerings to include all manner of electronic goods. He might have continued down the path of building a brick-and-mortar electronics empire had it not been for the 2003 SARS epidemic that changed the way Chinese consumers perceived online shopping.

Previously viewed warily, as people retreated into their homes to prevent catching and spreading the virus they began to seek alternative means for purchasing products. Liu had been forced to temporarily shutter all of his stores and in an attempt to continue earning revenue he began posting his products to online forums.

Although he was eventually able to re-open his stores, his time selling online opened his eye to the potential for growth that lay on the internet, and after one year of operating both he made the decision to transition his business exclusively online. In this way, the company became jdlaser.com, Jingdong Mall, 360buy.com, and eventually the JD.com we know today.

By 2007, JD was operating successfully as an e-commerce company, but Liu’s commitment to reaching untapped markets and providing unrivaled service to the entirety of China saw him searching for a way in which to innovate and differentiate himself from competitors.

Recalling that he and his family would often have to travel miles to purchase the goods they needed, Liu knew that there was a strong demand for products in places that were often neglected such as third and fourth-tier cities, as well as rural communities. In what became a decision that defined the strategy for JD.com, Liu decided to move away from third-party logistics services, bringing the entire network, fulfillment centers, and warehouses in-house.

This massive undertaking required a huge amount of capital in order to hire delivery drivers, purchase warehouses, not to mention employees who had the ability to design and implement the infrastructure, but the structure has become a cornerstone of the business JD.com has become – a technology and service enterprise with the supply chain as its core.

Although Jack Ma, the founder of one of JD.com’s top competitors Alibaba, once said that he believed JD.com’s business model would end in “tragedy” he has so far been proved wrong on all fronts.

In 2010, JD.com became the first e-commerce company in the world to launch same-day and next-day delivery service, and today covers 99 percent of China’s population. JD Logistics can now deliver over 90 percent of orders either same-day or next-day, leveraging a network of over 730 warehouses covering approximately 17 million square meters.

The company has continued to innovate within the realm of logistics, launching a research lab to develop smart logistics and unmanned technologies in 2015, and officially establishing JD Logistics as a separate business group in 2017. That same year, they also launched specialized services such as the innovative luxury white glove delivery service JD Luxury Express.

While bypassing third-party logistics companies meant higher revenues the company does also experience lower margins than its competitors as a result, but in opening up their supply chain and logistics capabilities to third parties, they ingeniously created another stream of revenue that has helped narrow the gap.

Additionally, as Richard Liu has placed technological development and innovation at the forefront of JD.com’s overall strategy, JD Logistics plays a huge role thanks to the plethora of innovation that has resulted in a massive supply chain that can be utilized by many different sectors.

Within JD Logistics itself, they have been in the process of moving their warehouses to operate as autonomously as possible, installing robots to stack products on shelves, package, and ship out merchandise to customers, and even built the world’s first fully-automated warehouse in Shanghai. They also have the largest drone delivery system, infrastructure, and capability in the world, and have utilized them to continually improve their delivery capabilities to rural areas.

In more urban environments, autonomous delivery robots are able to navigate the streets with ease, rolled out a fleet of 100 for use in 2020. Thanks to these technological advancements, the company has been able to continue to improve its overall margins, making Jack Ma’s prediction of “tragedy” to become further and further from reality.

In one instance in the Baiyang Lake area, JD Logistics would usually deliver goods to the rural village by transporting them across the lake by boat, but early efforts to stop the spread saw the route temporarily suspended. The resulting detour turned the ordinarily two-kilometer trip across the lake into a trek of over 100 kilometers by land, an inefficient way to ensure that the village was able to have access to their needs.

Rather than continue with the ineffective detour, JD Logistics used drone technology to fly the packages over the lake, placing them in a secure location in the village where no-contact pickup could be achieved. Additionally, although the company had been delivering small and medium-sized products via their autonomous delivery robots since 2019, during the pandemic they marked the instance of their first large package deliveries. Crucial in minimizing social distancing for customers, these solutions also aided in ensuring vital items such as PPE and medicines were able to arrive in a timely fashion.

Looking forward, it appears JD Logistics will continue to utilize technologies such as artificial intelligence, the internet of things, and big data to improve on their smart supply chain technology. In particular, 5G looks to be an important technology that they are aiming to apply to the logistics industry. In 2020, they were the only logistics service to attend Huawei’s summit on 5G, a symbol of their pioneering status in the field of using 5G for smart transportation, warehousing, and management.

Although they have already made significant gains in China’s supply chain development pain points of high costs and low efficiency, the advanced speed relative to the cost-effectiveness of 5G makes it the ideal medium to use for developing smart technology within the logistics space.

Additionally, the use of technology within logistics has the ability to make massive improvements environmentally. Since its inception as a separate company, JD Logistics has been working with the company’s Green Stream Initiative to reduce carbon emission, distributing recyclable delivery boxes in nearly 30 cities in China which have been used over 16 million times, and in the most recent Singles Day period reduced packaging waste by 100,000 tons.

They also recently became the first Chinese logistics company to join the Science Based Targets initiative, pledging to reduce 50 percent of their carbon emissions by 2030. Committing that 50 percent of its suppliers by spend covering all upstream categories will have science-based targets by 2025 and increasing annual sourcing of renewable electricity to 100 percent by 2030, in joining the global campaign aimed at driving corporate action JD Logistics has further secured their place as a leader to look toward within their sector.

Most recently, Reuters reported last month that JD Logistics has asked banks to pitch for the lead role in its Hong Kong initial public offering of up to $3 billion as it moves towards launching the deal in the first half of 2021.

This strategic move would not only benefit JD Logistics in granting them capital for continual technological developments within their sector but would also take it off the books of the larger JD entity, resultantly improving their bottom line. As a young child, Richard Liu envisioned improving the lives of those within his village. While something as mundane as a logistical network for an e-commerce company may not be flashy or exciting, though Liu’s innovation they have managed to transform communities across China. 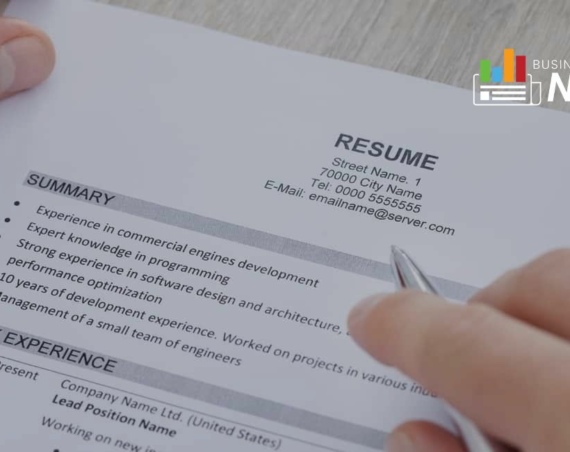