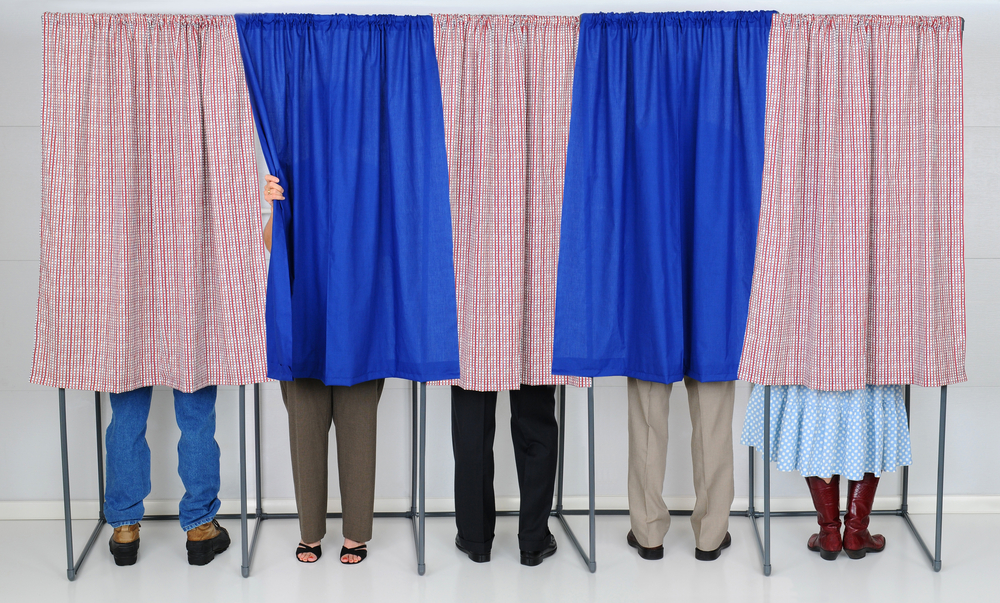 BELMONT, Mass. – Presidential candidate Mitt Romney spent most of Tuesday walking in and out of a Boston voting station, voting for himself again and again. Thanks to an interesting electoral loophole, Governor Romney was permitted to vote one time for each of his several personas.
At 8am, Moderate Mitt waited in line with commuters who were voting on their way to work. Romney wore a grey suit and red tie, and shook hands and had friendly conversations with hundreds of voters. He voted in a special booth in the center of the facility, thanked the local election officials, and waved goodbye to the crowd.
At 12:30pm, Staunch Conservative Mitt strode into the local school gymnasium wearing faded jeans and a leather jacket. Flanked by marines, he paused at the door and eyed a local teen, then directed security to question him. Romney gathered the crowd for a brief sermon on Obama’s evil, then voted at a makeshift altar and left in a mud splattered Ford Super Duty.
Throughout the afternoon, Romney planned to vote several more times in different styles depending on the demographics present at the polls. Wealthy Business Mitt emerged in a black tailored suit from a helicopter that landed in the street, and spoke rapidly on a Blackberry while quickly voting and departing, associating with no one. Mormon Mitt came later, as did Small Business Mitt, and Pro-Choice Mitt is expected to vote shortly.