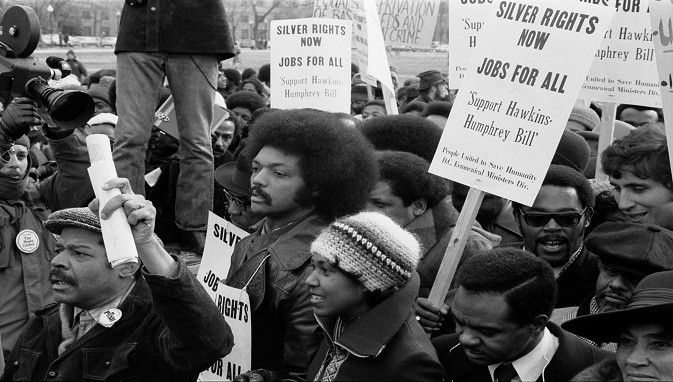 “Selma, Alabama – President Barack Obama arrived Saturday afternoon in Selma, Alabama, where he took part in ceremonies marking the 50th anniversary of what’s known as “Bloody Sunday.” The Bloody Sunday anniversary marks 50 years from the day hundreds of people were brutally attacked by Alabama state troopers as they marched from Selma to Montgomery, Alabama, to protest racial discrimination in voter registration. About 600 people participated in the planned 50-mile journey on March 7, 1965.

“The marchers were protesting discrimination that kept black people from voting. But as the marchers approached the foot of the Edmund Pettus Bridge, state troopers used force and tear gas to push them back. As events were underway Saturday in Selma, hundreds of people marched across the Brooklyn Bridge in New York to symbolize their unity with the Alabama commemoration.

“Television coverage of the event in 1965 triggered national outrage and eventually led Congress to pass the landmark Voting Rights Act of 1965, which mandated federal oversight over elections in states with histories of discrimination.

“Many of the nation’s celebrities, activists and leaders were in Selma on Saturday attending various activities taking place in memory of the historic event. On Saturday, Rep. John Lewis – one of the demonstrators bloodied by troopers 50 years ago – and nearly 100 other members of Congress from both parties, joined President Barack Obama at the bridge in Selma – a bridge that still bears the name of Pettus, a Confederate general who was also a Ku Klux Klan leader – to mark the 50th anniversary of Bloody Sunday.

“Reflecting a sense of change in the half century since Bloody Sunday, and with Selma again in a national media spotlight, the mood in the growing crowd Saturday was of unity, and talks were focused on how to move America forward.

“But some current Selma residents worried that after the President has talked and gone, their town – with a population 82% black and with more than 40% of its people living below the national poverty level – will fade from view except for its historical significance.

” However, the United States Senator for Wisconsin, Ron Johnson, told Newslo exclusively that “it is an outrage President Obama is allowed to earn political points and make use of the terrible tragedy that took place in Selma 50 years ago.”
“I did not believe I would live to see such a thing happen,” Johnson said. “To have the President of the United States exploit a horrible crime that took place half a century ago for political purposes, when he himself is a child of mixed races. His opportunistic and predatory mindset sickens me, and I wish I had never seen what I saw this Saturday.”

Johnson concluded by saying, “What will happen to those people in Selma once the media hype and spotlight is turned away on another burning problem? Who will help solve their problems while our beloved president appears as a guest on another late night show? I can only say I am scared to think what his mother would say if she were alive right now. That’s no way to preserve the memory of an honorable woman.”