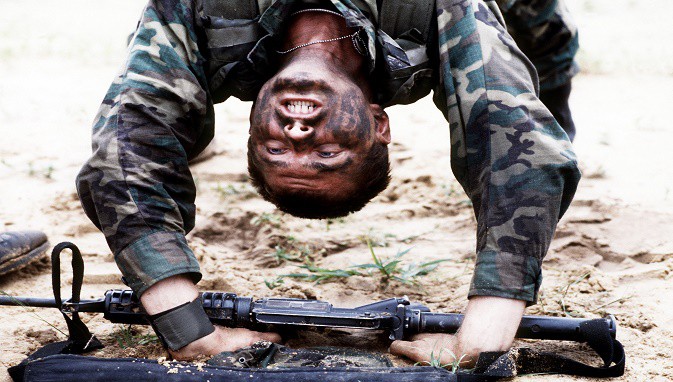 School Administrator Shoots Student: “These Days, Education Has To Be Forced Into Students’ Heads”

“MyFoxBoston reported that a Boston community leader, who was an administrator at an area high school, was arrested late Wednesday for allegedly shooting a teenager. Shaun Harrison, Sr., 55, is expected to be charged with assault with intent to murder.

“Police responded to reports of a shooting in the city’s Roxbury section late Tuesday, and found a teenage boy suffering from a gunshot wound, the Boston Globe reported. The teen, who attended the school where Harrison worked, was taken to Boston Medical Center with non-life threatening injuries.

“A motive in the alleged shooting was not immediately known. Harrison, who has worked for Boston public schools since 2010, was later arrested following an investigation. A spokeswoman for English High School said Harrison’s formal title was ‘coordinator’. “Mr. Harrison was recognized as dean of students,” Denise Snyder told the Globe.

“The school’s superintendent said that Harrison has since been terminated. A local ABC affiliate interviewed Harrison in 2008, while he was leading an organization called Operation Project GO, which works to convince youth to give up their guns.

” “Guns are always going to come into the city one way or another,” Harrison told WCVB. “No matter how many guns we get off the street: if we take off 12 guns today, there are probably 24 more out there,” he said at the time.

“Until June of last year, Harrison worked as a community coordinator at the Boston Green Academy, a BPS in-district charter school in Brighton, where he organized anger-management classes for students. In a discussion on a conservative cable-access show in December, 2013 with a panel that included the leader of the Boston branch of the John Birch Society, Harrison complained about how unfair it was that gays could organize at the academy but he couldn’t bring a Bible in.

In an exclusive interview with Newslo, Harrison said he was “fed up with the fact that no one seems to want to learn anything anymore.”
“All you see these days are kids messing around with their smartphones, laptops and tablets, they’re not even interested in listening to what teachers have to say. All they care about is having nice clothes and being able to party and listen to idiotic music. Essentially, they’ve stopped being students and have turned into mindless robots whose only purpose is to get to the next level in their computer games. I hate to say it, but they’ve become idiots, and I fear for our future because of it,” Harrison stated.