Incoming Trump administration Press Secretary Sean Spicer on Thursday urged the media to stop blaming Russia for stealing campaign emails and instead place the “responsibility” on the Democratic National Committee. Spicer told CNN’s Jake Taper that Democrats were focusing on the so-called Russian hacking of DNC emails in an effort to undermine Trump’s election. And he said that intelligence officials should stop speaking about the matter unless they were willing to reveal sources and methods. “We need to have the intelligence community come forward publicly and on the record and make it clear exactly how this happened and who was responsible,” Spicer insisted.

“Because, right now, all we’re seeing are Democrats raging on about how Russia needs to face strict sanctions as punishment for the alleged hacking, when on the other side of the puzzle, the question that nobody seems to be asking is has the DNC done everything in their power to protect themselves and their servers from getting hacked,” the Press Secretary argued. “And while we’re on the subject, I’m not really sure if anyone has noticed this, but these last couple of years, Americans have developed this very bad habit of shifting blame overseas for virtually everything that’s been done wrong on American soil. And if we’re being completely honest, that’s not the best policy to be having in these times.”

“For instance, we blame Iran for wanting nukes, we blame ISIS for wreaking havoc throughout the Middle East, heck, we’ve basically blamed Russia and its president Vladimir Putin for everything from Donald Trump running for president in the first place to now hacking the DNC in order to secure his election win. And the one thing we haven’t really been doing is examining whether or not perhaps the fault lies within our own ranks; whether or not we could have taken precautions or steps to ensure those kind of disasters don’t happen,” Spicer said. “And the most notable example of that very fact is the case of the said hacking. Instead of rushing to point fingers, let’s talk for a second about the possibility that we’re to blame for this.”

He continued, “Now, for a moment here, I’m going to forget the fact that we’re talking about liberals, who, as you know, have this habit of always blaming others for their own mistakes. And I’m of the opinion that the DNC complaining about getting hacked is equivalent to a girl or a woman dressing up as a hooker, and then crying about getting raped afterwards. I mean, if they’re as wise and intelligent as they claim to be, why haven’t they taken precautions to ensure their servers are better protected and more secure? I’ll tell you why: because then you’d have nobody else other than yourself to point the finger at. You wouldn’t be able to blame Russia for the hacking, and you wouldn’t have an excuse to further alienate the new POTUS and the Russian President, both of whom, by the way, have expressed an unprecedented respect for each other.”

“So, between doing your job right and half-assing it, you go with the latter option, because that’s the option that gives you a way to set up Donald Trump to fail as president by worsening the relationship between our two countries. Instead of going forward with Russia, after decades of hatred, the DNC wants to keep going back and think that Donald Trump is the perfect scapegoat for the job. Well, not on my watch,” Spicer concluded. 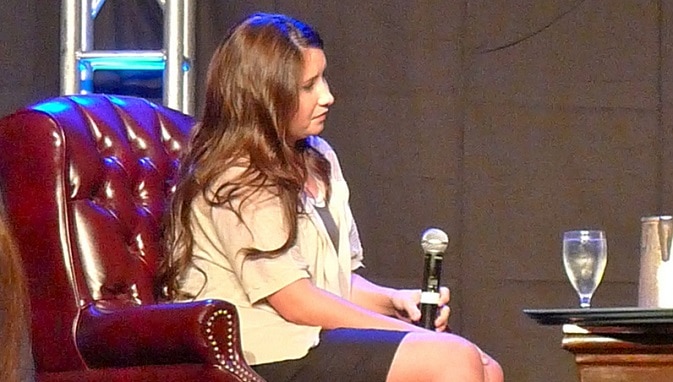 Bristol Palin: “Hollywood Sissies Refusing To Sing At Trump Inauguration Because They’re Afraid Of Falling In Love With The Great, Handsome Man”