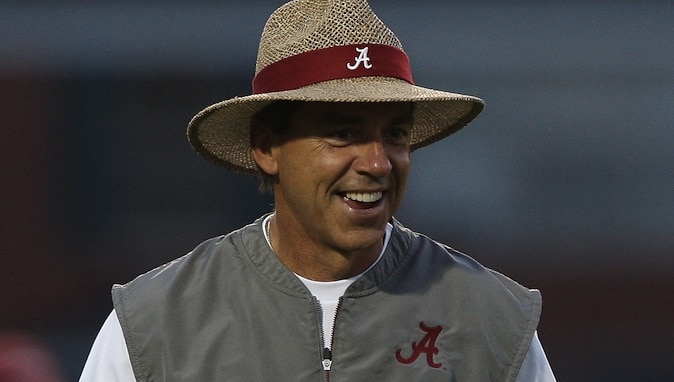 AUBURN, Ala. – The Southeastern Conference has won seven straight D-I football championships, and with Auburn University set to take on Florida State for this year’s title, there is a strong possibility that the SEC’s streak will reach eight.

“What you have to realize,” said Republican Alabama Governor Robert J. Bentley, “is that not since Fort Sumter has the Confederacy strung together so many impressive wins. Somewhere around title number five we realized that, if the SEC got to eight championships, we could finally right the wrong that was the War of Northern Aggression.”

Governor Bentley was especially proud of how much his home state had helped SEC football potentially overturn the Surrender at Appomattox that ended the U.S. Civil War in 1865. While he admitted that the University of Florida’s two titles under Urban Myer in 2006 and 2008 and LSU’s victory over Ohio State in 2007 were important to the SEC’s revenge for Sherman’s burning of the South, Bentley believes Alabama has proven itself the heartland of the new Confederacy.

“In this final frontier of battling Union tyranny, Alabama’s football squads have been crucial,” the Governor explained, “Coach [Nick] Saban’s three titles in the past four years at the University of Alabama were a clear rebuke of Reconstruction, while Auburn’s title three years ago was a resounding renunciation of the Emancipation Proclamation.”

Bentley also made it clear that the “S-E-C” chant that can be heard ringing out throughout college football games played below the Mason-Dixon line is actually more than just a taunt.

“It is a war cry,” Bentley said. “Every time one of the teams from the confederacy wins a game, they’re rewriting what happened at Gettysburg.”

The SEC currently has a team in every former Confederate state except North Carolina and Virginia, which Governor Bentley called “way up north states which might as well be the Union.”

The governor was unfazed when it was pointed out to him that Alabama will play another southern team in the BCS Championship.

“All the real southerners are at the University of Florida. Florida State is for northern carpet bagging profiteers. It may as well be Boston College.”