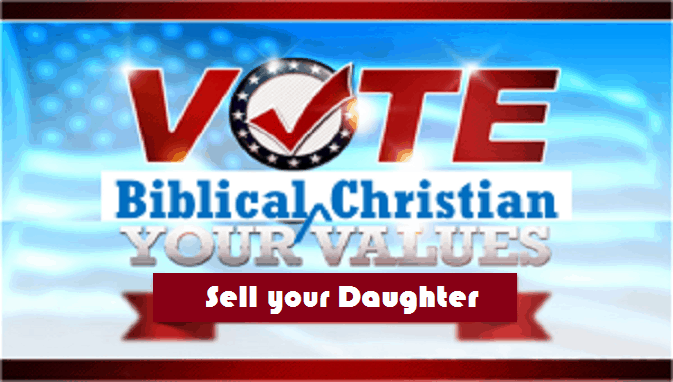 “One Saturday morning in August, Pastor Farris Wilks, a brawny man with a close-cut beard, walked up to the altar of the church he leads, the Assembly of Yahweh, 7th Day. The church, which sits off a two-lane, 75-mph highway, draws most of its members from nearby Cisco, Texas, a town of 3,800 filled with empty storefronts, idled derricks and beat-up houses. Church doctrine considers being gay a serious crime, the Bible to be historically and scientifically accurate in every detail and abortion to be murder, including in cases of rape or incest.

“Cisco has two stoplights but 10 churches. So it isn’t unusual for residents to turn to their pastors for guidance. What is out of the ordinary is for that pastor to also be a billionaire. Farris Wilks, 63, and his younger brother Dan, 59, made a fortune in the recent oil-and-gas drilling boom. Also setting Farris Wilks apart is a little-noticed filing with the Federal Election Commission in July that showed he and Dan, together with their wives, had given $15 million to a Super PAC backing Republican presidential contender Ted Cruz.

“The main problem with America today is that people have forgotten who they are and, more importantly, who God is and what He can do,” the older Wilks told Newslo. “Whenever people ask us for guidance, I turn them to the Bible and tell them to read carefully once more what the Good Book says. It is a priceless source of information, inspiration and strength for people. We really ought to pay a lot more attention to it.”

The older brother also stated that “voting biblical values” should be the main philosophy of every law-abiding and God-fearing American who plans to vote in the 2016 presidential elections. “I do my best to repeat that to them every single day. Only through honoring the Good Book can we truly become Christians and expect to be granted heaven in the afterlife,” Wilks added.

During the interview, the older Wilks also mentioned that “every single page of the Bible contains a thousand-year-old wisdom” and that the main reason why there are gays, abortion and drugs rampant throughout America today is “because people have lost touch with God and self-discipline.”

“Generally speaking, things are nice and soft today. There are no more harsh punishments that serve as examples and scare people into never doing bad things again. In Biblical times, when a thief was caught in the act, his hand was cut off to make an example out of him, and to remind him never to think about stealing again for the rest of his life. Today, people do a couple of months in prison and are back to their evil ways as soon as they get out. And things are even worse with criminals who do worse things than stealing,” pastor Wilks said.

Asked what the possible solution for the current situation might be in his opinion, he put forward a radical suggestion: Bringing back several crucial laws that exist in the Bible into legislation, starting with “one that pertains to our own flesh and blood.”

He argued: “Men should be allowed to sell their daughters as slaves, not because that will bring them monetary rewards, but because it represents a form of discipline that has unrightfully been considered surpassed. The Bible itself states in detail what is to happen when a daughter is sold into slavery by her own father. Like I said, the rules are all there; we just have to look for them and then apply them. Once we do that, we will eradicate lesbians, gays, abortion and all the other plagues of the modern society.”

“Indeed, the Bible reads: “When a man sells his daughter as a slave, she will not be freed at the end of six years as the men are. If she does not please the man who bought her, he may allow her to be bought back again. But he is not allowed to sell her to foreigners, since he is the one who broke the contract with her. And if the slave girl’s owner arranges for her to marry his son, he may no longer treat her as a slave girl, but he must treat her as his daughter. If he himself marries her and then takes another wife, he may not reduce her food or clothing or fail to sleep with her as his wife. If he fails in any of these three ways, she may leave as a free woman without making any payment.” (Exodus 21:7 NLT).