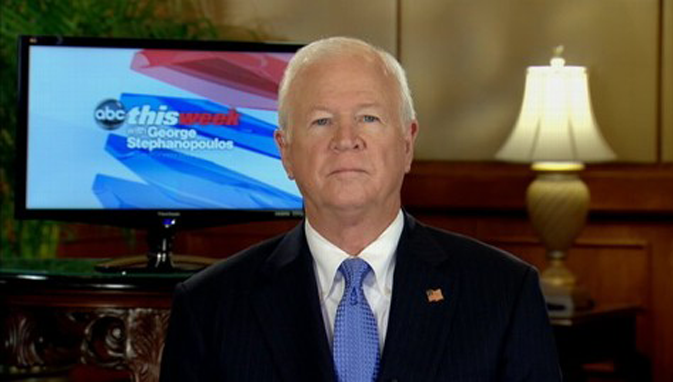 WASHINGTON — After claiming on Tuesday that the “hormone level” of young male recruits made sexual assault in the military a byproduct of nature, Senator Saxby Chambliss (R-Ga.) carried his position further by proposing the institution of a tweens-only policy for military service.

“We understand that sexual assault in the military is a blight on this nation’s pride and an affront to women, and that it must be stopped,” said Chambliss. “But the fact of the matter is that 17- to 23-year old men — which means most people joining the military — are so flooded with hormones that they helplessly metamorphose into mindless boner-machines where food goes in one end and rape comes out the other.”

Chambliss suggested that, by discharging all American soldiers over the age of 11, the military would solve its hormone problem in a single bold stroke. “Furthermore, by lowering the age of enlistment to 8, we can provide a reasonable window of time for soldiers to ascend the chain of command before their first Google search for ‘boob’ forces us to fire them.”

The military’s failure to address sexual assault cases first became a hotly contested issue after a three-star general exercised his power to overturn a court-martial, exonerating a soldier convicted of the crime. More inquiries arose when a Department of Defense report in early May showed a dramatic rise in the number of sexual assaults occurring in the military.

Chambliss’s proposal joins a long list of suggested reforms, including special counsel for victims of sexual assault and the institution of a legal authority distinct from the “chain of command” for the deliberation of sexual assault cases.

Despite the urgency of the situation, Chambliss’s plan has few supporters.

“The insinuation that hormones are responsible for this epidemic of sexual assault is already absurd, without even taking into account the abhorrent practice of employing child soldiers,” said Representative Mike Turner (R-Ohio), co-chair of the Military Sexual Assault Prevention Caucus. “God forbid, what if someone creates a highly-marketable but ultimately completely useless viral video campaign targeting us for our use of children in the military?”

Turner then quickly crossed himself, uttering a short prayer to ward off what he called “a fate worse than death.”

“They don’t have to be tweens, strictly speaking,” Chambliss said. “Eunuchs will do in a pinch. Heck, I can get two dozen eunuchs here by five o’clock. I know a guy.”