CHARSLESTON, S.C. — With support for a U.S.-led military strike on Syria sharply divided in Washington, Senator Lindsey Graham (R-S.C.) has emerged as one of the most vocal proponents of action. Yesterday Sen. Graham made his case for war at a town hall meeting, arguing that it’s important to use “capitalism’s remarkable creative destruction” powers to “rebuild the Syrian middle class,” but admitted that “we’d have to destroy it, first.”

While most arguments in favor of intervening in the two-year-old Syrian civil war have centered on humanitarian concerns—specifically, punishing Syrian dictator Bashir al-Assad’s alleged use of chemical weapons on his own people—Sen. Graham told his constituents that there could be economic benefits to military action as well. “The Syrian middle class has shriveled and nearly died under Assad,” Graham asserted. “We’re in the unique position of being able to help them—namely, by further destroying their infrastructure and economic prospects, after which they’ll be able to rebuild them in any way they see fit.”

The town hall’s attendees were largely suspicious of Graham’s arguments. “Shouldn’t we be worried about tearing down our own middle class first?” one constituent asked Graham.

“Well, ma’am, I’d argue that we’ve already done a pretty darn good job of that,” Graham said. “Plus, we can expect some trickle-down destruction, which will help the American middle class in the long-run, too.”

Graham—who is facing a tough primary challenge for his Senate seat—said that he’s willing to personally “pull the trigger” to send some “neighborhood-destroying, middle-class revitalizing” Tomahawk missiles Syria’s way. “If it’ll prove how serious I am about simultaneously wrecking and rebuilding Syria’s middle class, I’ll go over there with a sledge hammer and personally start knocking down walls,” Graham said. “We’ll figure out the rebuilding part later.” 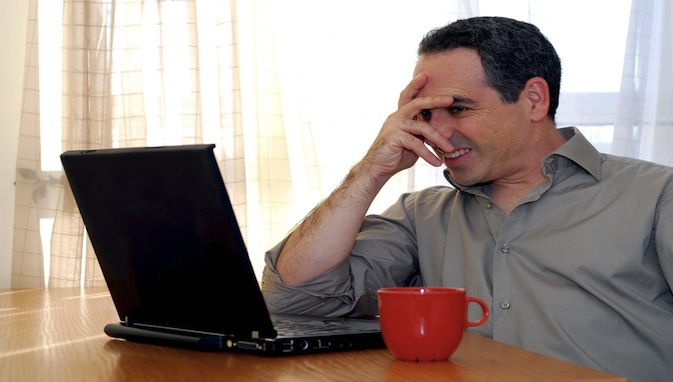 Onion’s ‘Area Man’ Outraged to Know So Little about Syria