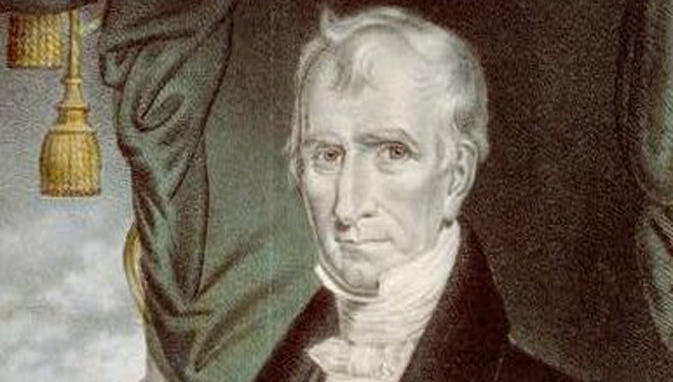 BLOOMINGTON, Ind.  – The survey, conducted by the American Historical Review to mark Presidents Day, found that experts on presidential history almost unanimously agree that our greatest commander-in-chief was not Lincoln or Washington, but rather William Henry Harrison (1773-1841), who, because he served only one month in office, “didn’t have time to fuck things up royally, like all those other assholes did.”

“Presidents occasionally do good things for the country,” explained Robert A. Schneider, editor of the AHR. “Lincoln ended slavery; Eisenhower built the highway system. But these accomplishments are rare, and don’t even begin to make up for the typhoons of shit that are most presidential initiatives.” In general, the historians surveyed agreed that many presidents have started off strong, but quickly demonstrated themselves to be “totally incompetent douchebags.”

Enter William Henry Harrison, the ninth man to serve. “Harrison died of pneumonia—which he may have caught during his rainy and cold inauguration—only a month into his term,” Schneider said. “The poor man hadn’t even settled into the White House yet when he croaked, and for this reason, he’s the greatest president ever. He didn’t start any dumb-shit wars, or tank the economy, or bang any interns. He just took office and died—a truly great man.”

“It’s unfortunate that few presidents have modeled their terms after Harrison’s,” Doris Kearns Goodwin, the most prominent of the historians surveyed, commented. “His record is completely clean—pristine, really—because he didn’t do a single thing in office except lie in bed, too sick to work. Just think how much better the country would be today if the other forty-three presidents had had the wisdom to do so little.”

At least some Americans have been swayed by Mrs. Kearns Goodwin’s logic. Recently, a petition to have the presidential faces currently depicted on Mount Rushmore replaced with one giant bust of William Henry Harrison has attracted more than fifty thousand signatures. “We need to honor this man,” reads the petition’s text. “At least he did no harm.”