“For most of his presidential campaign and much of his presidency, President Obama endured erroneous claims that he was born in Kenya rather than the United States. He released the short form of his birth certificate to prove he was born in Hawaii. Then the long form. The conspiracists died down, but they remained. Now, the first candidate to throw his hat in the ring for the 2016 presidential contest, Ted Cruz, R-Texas, WAS born outside the United States, a fact he willingly offered.

“Cruz, who was born in Canada, has maintained there are no constitutional barriers that prevent him from running. And so far the challenges to his candidacy are few and far between. So can Cruz run? He likely can, just as Obama could have even if he were born in Kenya – which, again, he most certainly wasn’t.

“Cruz – full name: Rafael Edward Cruz – was born in Calgary, Canada, in 1970. His family was living there because his father was working for the oil industry at the time. They moved when he was four. Cruz grew up in Texas and graduated from high school there, later attending Princeton University and Harvard Law School.

“Cruz is a natural born citizen by being born to an American mother and having her citizenship at birth. The Congressional Research Service, the agency tasked with providing authoritative research to all members of Congress, published a report after the 2008 election supporting the thinking that “natural born” citizenship means citizenship held “at birth.”

However, even if that wasn’t the case (which it is), Cruz exclusively revealed to Newslo that he didn’t want to “take any risks when it comes to 2016,” and decided to give up his Canadian citizenship.

“Let’s get something straight – that’s not something I had to do; it’s something I wanted to do,” he said. “I’m not ashamed of who I am or what I’ve been through in life. I’m very proud of my Cuban heritage, as well as the fact that I was born in a country that’s not America. However, I am devoted to the US completely, and I renounced my Canadian citizenship not to win political points, but because it felt right in my heart.”

He added: “I’ve done it and it’s a done deal now, there’s no changing it. Not to mention the fact that both of my parents were and are Christian. What about our current President? Unlike him, I intend to do things very differently if I win in 2016, and I believe my recent actions more than demonstrate how serious and devoted I am. And one more thing – should things go as planned in two years, I can guarantee you’ll never see my feet up on the Oval Office table. That’s for sure.”

Hillary Clinton: “I Did Not Have Sexual Relations With That Woman, Mrs. Abedin” 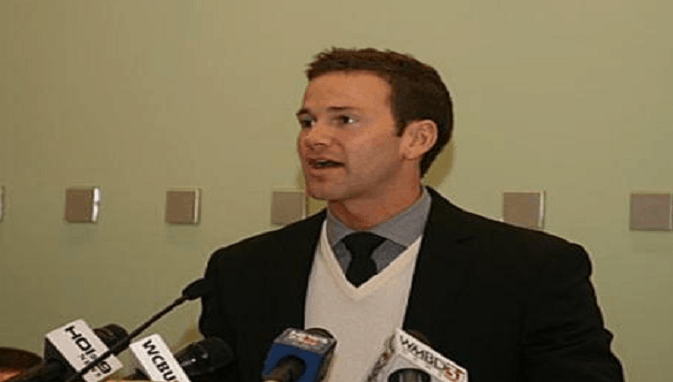 Aaron Schock Compares Himself To Lincoln: “He Used Private Horses And Carriages All The Time”