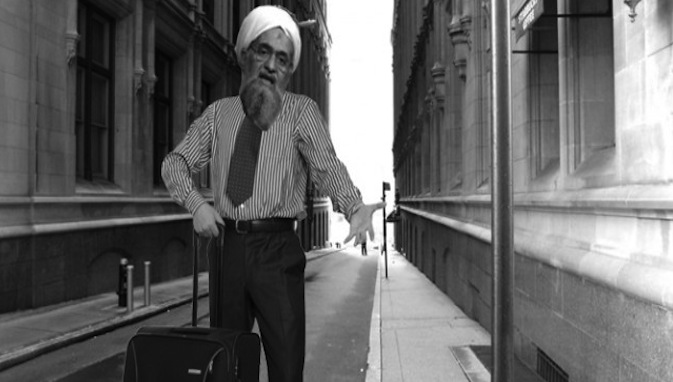 WASHINGTON — An internal investigation carried out by the Department of Defense in response to Monday’s mass shooting at a Navy building in Washington, D.C. has revealed that Ayman al-Zawahiri—the nominal leader of the Islamist terror group al-Qaeda—was given top security clearance last year, allowing him to enter virtually any secured military building in the United States unattended.  Military officials admit that giving clearance to the man who is believed to have helped mastermind the 9/11 terror attacks was a “pretty big blunder,” but maintain that the “system is not flawed.”

The report, released Tuesday, shows that in August of 2012 Ayman al-Zawahiri—the world’s most-wanted fugitive who became the leader of al-Qaeda after Osama Bin Laden’s death—applied for a “secret” level security clearance at the Defense Industrial Security Clearance Office. Zawahiri’s request was approved on the spot, despite the fact that, according to the report, he “mumbled something about death to America.”

Stan Sims, Director of the Defense Security Service (DSS), says that giving a terrorist madman access to U.S. military sites is “not ideal” and “definitely unfortunate,” but asserted that it’s “just one of those things that happens sometimes.”

“When Zawahiri came in here, he had such a nice face, and he asked so politely,” Sims said. “We simply don’t have the time to check out every single person who applies for clearance. Usually we have to just make these decisions with our gut.”

“This time, I admit, we may have made the wrong call,” Sims said.

The report’s findings are likely to further enrage a public already frustrated with the Department of Defense’s security-clearance procedures. On Monday, a gunman identified as former Navy reservist and military contractor Aaron Alexis killed 12 people in a mass shooting inside Washington, D.C.’s Naval Yard. Alexis had reportedly been given security clearance to enter the premises at-will, despite a “pattern of misconduct” while with the Navy and multiple incidents of firearm misuse dating back to 2004, when he was arrested in Seattle for drunkenly shooting out the tires of a man’s truck. Alexis was killed in a shoot-out with police Monday.

Sims admitted that Alexis represented the “worst-case scenario,” but pointed out that, in Zawahiri’s case, the error was noticed and corrected “before anything catastrophic could happen.”

“Thankfully, Zawahiri seems to have only made use of his clearance to get free buffet-style breakfasts at various military-run cafeterias,” Sims explained. “The only form of terrorism he was able to engage in was the stink bomb he left in the bathroom on Breakfast Fajitas Friday—not that that wasn’t devastating in its own right.”