Washington, D.C. – Emboldened by the election of Donald Trump, Republican state lawmakers in Texas kicked off the new legislative filing period on Monday with a trio of bills that would roll back abortion and LGBTQ rights. State Rep. Byron Cook (R) proposed legislation that would require women to cremate or bury the remains of a fetus after an abortion or miscarriage. A second abortion restriction, proposed by State Rep. Matt Schaefer (R), would remove an exception in the state’s 20-week abortion ban for severe fetal anomalies.

Yet, a third bill would ban second pregnancies altogether for women who have had one or more abortions. This piece of legislation, proposed by State Rep. Jonathan Elmquist (R), is focused on “teaching irresponsible people a lesson in what happens when you take a baby’s life lightly and consider it less worthy than your own,” according to its author. Elmquist spoke with KnowMyGovernment.com and argued that steps must be taken to “ensure people realize that they have no right to be careless and play around with the sanctity of life, especially since fetuses can’t protect themselves as small children or adults can.”

“If we don’t stand up for them, nobody else will,” the state rep. told the Internet portal. “Don’t assume for a second I haven’t thought about the possible repercussions of such a rigorous piece of legislation; I have gone over them thousands of times, but at the end of the day, I think that unborn children need to be protected by outsiders if their own mothers aren’t going to do it. And if they get upset for it, that’s perfectly fine, I’m ready to take the heat, because I designed my bill so that it doesn’t give second chances, ever.”

He continued, “For the time being, it’s still a work in progress, but I feel strongly about it and I think it will become a powerful law; revolutionary, even. And this is only the beginning, because according to today’s laws, we’re not able to instruct clinics that perform abortions to immediately sterilize women undergoing the procedure at those facilities. Because, that would be the best and most cost-effective way of doing it. And it’s definitely something we’re considering for the future, as it would greatly lower the toll such mass procedures would take on the federal budget.” He also added, “Plus, with Trump now in the White House, it’s only a matter of time – he’s a businessman, they’re always looking to cut unnecessary costs.”

Asked to elaborate on his newly revealed future plans, Elmquist argued, “it’s pretty simple.” “The way things are today, we can’t ask that of doctors and clinics, it’s just not acceptable – legally, morally or any other way. But sometime in the future, hopefully when laws mature enough to allow such a possibility, I plan on coming up with another piece of legislation that would order doctors and clinics that perform abortions to sterilize the patient immediately after the abortion itself. While they’re at it and while they’re fiddling around in a woman’s uterus, killing an unborn child, they might as well reach up a bit deeper and yank the eggs out completely. That’s the cheapest and least traumatic option,” the state rep. concluded.

Coulter: “Muslims Should Have No Vote Here Until The Number Of Muslims Killed Fighting For America Exceeds The Number Of Americans Killed By Muslims” 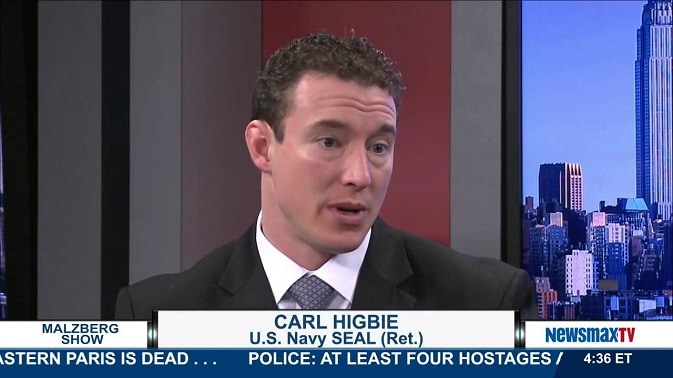