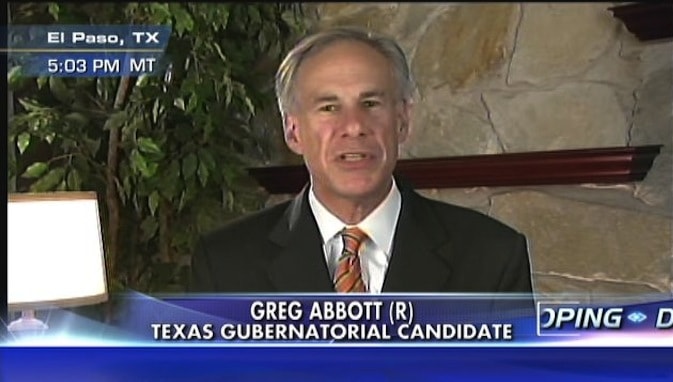 AUSTIN, Texas — American Enterprise Institute scholar Charles Murray- who is an educational advisor to Republican governor candidate Greg Abbott, told an audience at the University of Texas this week that there is no “evidence” showing that any woman has ever been a “significant original thinker.” He then said the reason for this was the smaller size of the female brain.

“When you compare the size of a man’s brain with that of a woman, there’s no comparison,” explained Murray. “It’s not that I have anything against women. They’re nice enough, but it’s just a physical fact that their brains have developed to the same degree that men’s brains have developed.”

“I’m not a doctor,” he added, “but it may have something to do with their need to develop breasts. The human body can’t do everything.”

His comments came as he was defending his assertions in a 2005 paper that women have not played significant roles in the field of philosophy. He argued that he could only recall a single female philosopher, “and she was not a significant thinker in the estimation of historians of philosophy. Until somebody gives me evidence to the contrary, I’ll stick with that statement.”

Murray went on to blame what he called the less-impressive female brain for women making less money than men. He argued that equal pay laws would hurt women because, “You don’t pay the same at the pump for regular and supreme,” he said. “Why would you expect to pay the same for the work of a less-developed intellect?”

Asked by reporters if he agreed with his advisor’s views, Abbott, who is running for governor against Texas State Senator Wendy Davis, stuck with his man. “Charles is a smart guy,” he said. “If he says women are inferior than men, who are we to argue?”