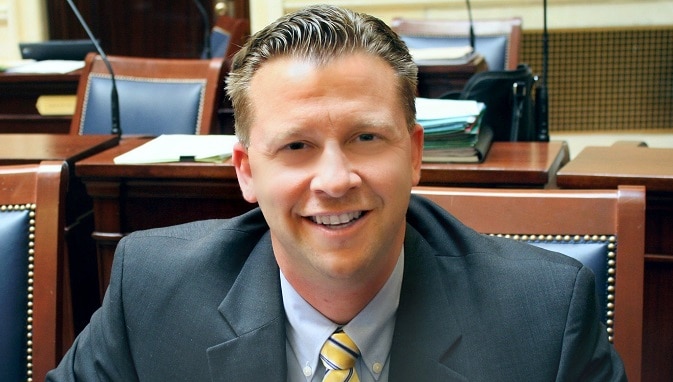 Living in a state that leads the nation in adult film rentals, a Utah Republican lawmaker has proposed a bill that would declare pornography a “public health crisis,” and a national epidemic. According to State Sen. Todd Weiler, pornography and adult films create a “sexually toxic environment,” which increases demand for prostitutes and ultimately destroys families, reports the New York Daily News. “I have read books and I have experts tell me pornography is more difficult to overcome than cocaine,” Weiler said, adding he wants to take on the “pornography epidemic that is harming the citizens of Utah and the nation.”

“Although,” Weiler added, “I have to say that I understand, to a degree, why people choose to enjoy pornography instead of going out and starting families and enjoying sex in a safe and supportive environment. Now, like I said, I am all against pornography as a whole, but despite that, I believe that all of us have some fantasies that we’re never going to get the chance to try out in real life, and because of that, many of us choose to go online in pursuit of satisfaction. So, I really can’t blame people for having desires; just to clarify, what bothers me is the manner in which we’re choosing to pursue our desires as a state, and also as a nation. There’s a much better way to do all that. It’s called marriage.”

However, despite his initial hardline rhetoric, Weiler did show a glimpse of reason later on during the interview, saying, “I know that it’s impossible to forbid and disallow everything pornography-related in our state, no one has that kind of power. What’s more, I believe some 90 percent of the content on the Internet today is of pornographic nature. Therefore, I could perhaps settle with a limited amount of pornographic content within state boundaries, but only of a certain genre.” He added, “Being a politician, I am well aware that nothing good ever came of turning something to a forbidden fruit, as that only makes people go after it more. So, obviously, I’m not going to do that with porn.”