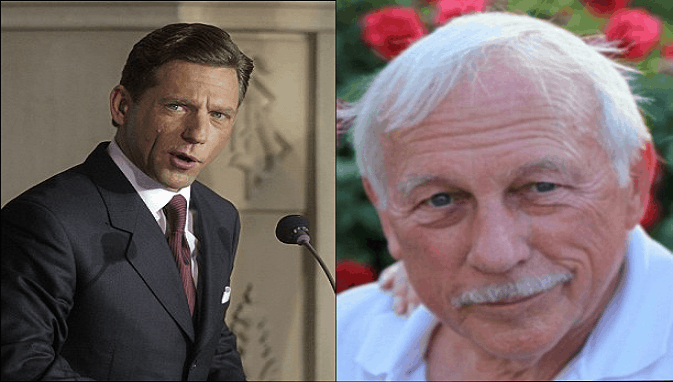 The father of the leader of the Church of Scientology ripped into his own son for living high on the hog while the followers of the cult-like religion eke out a meager existence, often giving back their earnings to buy presents for the church leader. In an article for The Daily Beast taken from his book Ruthless, Ron Miscavige admitted that his son, David Miscavige, is “wrecking” the religion.

“And to think it all started so great,” Miscavige Senior argued. “We were really off to a great start, we were going to change the world. We had so many beautiful dreams of how we wanted the world to finally look like, it was supposed to be a utopia. But, I guess we all face trials and tribulations in our lives. Some of us suffer more, others less, but in the end, we’re all headed back into the same dirt from whence we came. Our lives truly are short.”

However, he added, “Nevertheless, I still can’t wrap my head around the tragedy that crept up on us somewhere along the way. I mean, one day we’re changing the world for the better, and then the next, my own son, my own flesh and blood is a tyrannical autocrat who rules with an iron fist and torments so many people that were stupid enough to believe him. It’s as if David is a spawn of the Devil, and not my offspring. I truly don’t know what went wrong with him, or when.”

“I used to be among the strongest of believers in the church, nothing could have shaken my faith. Now, I’m disgusted by what I see. I’ve come to the conclusion that any religion that has a man for an earthly leader is doomed from the get go,” Miscavige Senior added. “And yes, that also applies to the greatest and supposedly most forgiving religion in the world – Christianity. Because, it too has a single man in charge who is viewed as God’s messenger on this Earth. And as we’ve just seen with Scientology – that’s a load of BS.”

He also argued, “In fact, the only difference between the two is the fact that Christianity has more followers at the moment. But that doesn’t change the fact that members of both churches are idiots for letting men who are no holier or less sinful then they act as their leaders. Because, both religions propagate asceticism and, at the same time, both leaders of these religions enjoy gold, money and other materialistic things on a daily basis. So, it’s time to call it like it is: We are all fools for letting idiots lead us on like lambs to the slaughter. By worshiping our equals we are, in fact, worshiping the Devil himself. This is contrary to what we should be doing.”