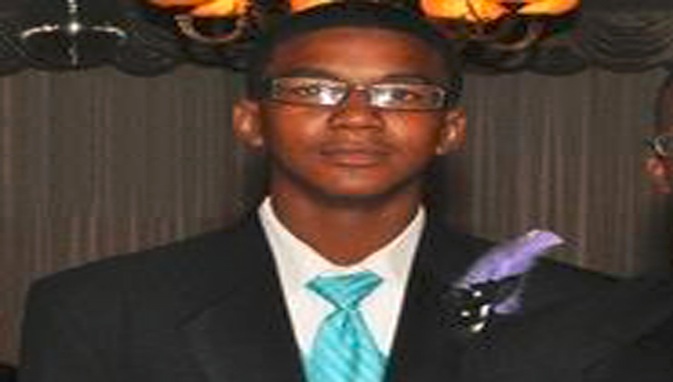 SANFORD, Fla.—A Florida jury has reached the verdict that Trayvon Martin is guilty of forcing George Zimmerman to kill him.

The six woman jury had been deliberating one of three options: whether the unarmed teenage Martin, walking home from a convenience store armed with an iced tea and Skittles, forced the gun-toting 28-year old to murder him, manslaughter him, or – in what many legal experts considered “a long shot” – was completely innocent of all charges.  Martin was also found guilty of wearing a hoody in rainy weather, possession of unlicensed refreshments, and one count of aggravated blackness.

Leaving court, Zimmerman said, “I found his blackness extremely aggravating, and I’m glad the people of Florida stand with me.”

“This is a victory not only for George Zimmerman, but also for the system, and really all Americans,” said defense attorney Don West.  “Well, some Americans. For on this day, let it be known, that a jury can be talked into the idea that a candy wielding teen was beating an armed man –  an armed man who had several inches and almost a hundred pounds on him, mind you – nearly to death.  So much so that the aggressor teen had to be shot dead.”

“Not a bad few weeks for knock-knock jokes either, if I do say so myself,” he added.

Speaking from the executive mansion in Tallahassee, Gov. Rick Scott told a cheering crowd that “Justice has been served.”  He also noted that the wisdom of Florida’s controversial Stand Your Ground law – which allows citizens to use lethal force if they so much as believe they are about to be physically harmed – has, in defiance of independent study and common sense, has been made clear.  “We can all sleep safer at night knowing that men like George Zimmerman are ready to kill in our name if they see something they don’t like.  Or might harm them.  Or give them the willies.  The important thing is that in the great state of Florida, there is no reason too flimsy for the use of a firearm.”

The governor also issued a stern warning to grocery-armed youths with an intent to look menacing.   “If you’re black and snacked, you better watch your back.”

Judge Debra Nelson took pity on the defendant and suspended the sentence, noting Mr. Zimmerman had already seen that Mr. Martin “has paid his debt to society.”