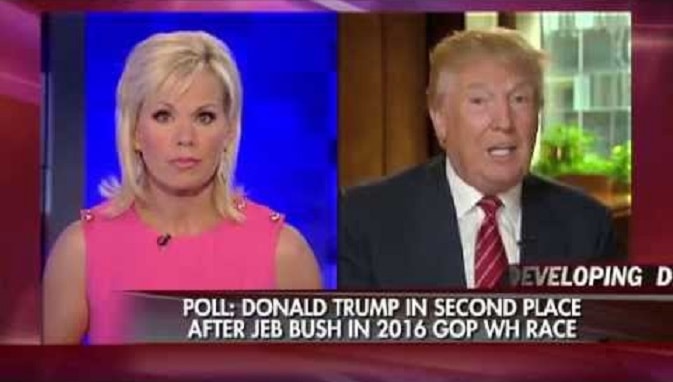 Trump: “Roger Ailes Really Helped Those Women, So They Needed To Give Him A Hand”

In transcripts released ahead of his Sunday appearance on NBC’s Meet the Press, Republican presidential nominee Donald Trump stood by former Fox News CEO Roger Ailes, who stepped down on Thursday amid allegations of sexual harassment. Meet the Press host Chuck Dodd asked Trump about the allegations against Ailes, and the candidate replied, “Well, I don’t want to comment. But he’s been a friend of mine for a really long time. And I can tell you that some of the women who are complaining, I know how much he’s helped them.”

“And you know, now he was forced to step down over allegations that he’s done some horrible things, which for the record, I don’t believe is true,” Trump added. “As I said, I’ve known Roger for a long time and I know exactly the kind of person he is. And you know, I also think those women are kind of ungrateful. Because, let me tell you, that’s not the way to treat someone who’s given you a helping hand. You’re looking for work, especially in today’s struggling economy thanks to Obama, and plus you’re a woman and you have all these problems. And then Roger Ailes comes along and offers you a job and helps you out, and then you go and accuse him of sexual harassment? That’s just incredible.”

The Republican presidential candidate then went into defensive mode and sided with what he called “Roger’s understandable reaction,” even after he repeatedly denied such a possibility. “Because, and I’m putting myself in his position here. If I was he and I’ve just spent years and tons of my influence to help many people, including a certain number of women, you know, it’s a stressful job. And I’m sure every single man out there could understand the amount of pressure he was under every single day. I mean, I’m not justifying harassment of any type, but what’s the harm in blowing off some steam by asking for some help in return?” Trump comfortably proclaimed.

“And let’s be honest here, that’s the way the world works, after all. One hand washes the other and all that. Now, let’s be crystal clear – I’m not saying he actually did it, and I don’t approve of that whatsoever, but I’m just saying, if he had felt such an urge, nobody could really blame him, I mean, come on,” the billionaire businessman argued.

“And for those who are getting ready to jump me with equality issues and whatnot, I’ll let you in on a little secret – high-ranking women executives throughout corporate America constantly molest their subordinate male employees, believe it or not. That’s as common as the sun rising every morning. Because, think about it – if that wasn’t true, how would Carly Fiorina have ever gotten any? She’s so ugly she had no choice but to threaten to fire her subordinates at HP if they didn’t sleep with her,” Trump couldn’t help but stomp all over his previous competition.