During an interview with the Washington Examiner published on Monday, President Donald Trump claimed that former President Andrew Jackson was “very angry” about the American Civil War, and he would have stopped it had he still been president in 1861. “I mean, had Andrew Jackson been a little later, you wouldn’t have had the Civil War,” Trump said. “He was a very tough person, but he had a big heart. He was very angry that he saw what was happening with regard to the Civil War, he said, ‘There’s no reason for this.’” Jackson may have been a “very tough person,” but that didn’t stop him from dying in 1845 – or 16 years before the Civil War started.

The internet, of course, had a field day with the president’s comments, resulting in a plethora of borderline ingenious jokes. Asked to comment on his illiteracy in terms of history, President Trump told internet portal KnowMyRepublican.com that he was “OK” with all of it, including the internet comments and jokes, because “one day I’m going to be chiseled into the face of Mt. Rushmore alongside him, and I’m sure he won’t mind.” He added, “And while we’re on the subject, I don’t think the future generations will remember what happened, I mean, we’re all people, we all make mistakes, right? It’s all good, it’s so good, in fact, it’s fantastic.”

As the interview was taking place live, viewers were allowed to post comments to the video in real time. One person asked, “You DO know that Andrew Jackson’s head is not among the four presidents on Mt. Rushmore, right?” When told of the comment, President Trump replied, “Sure he is, he’s the one with the wavy hair and bushy eyebrows, right everyone? Listen, whoever it is that posted this, I know what you’re trying to do, and it’s not very nice. I’m going to let it slide, because I’ll be the bigger man here and I’m not going to cause a scene, but I don’t know what they taught you in school. President Andrew Jackson IS on Mt. Rushmore, I saw him myself.”

There were also those who, perhaps genuinely, though likely jokingly, supported the president’s misinformation regarding historical facts. “That’s right, Mr. President, you give ‘em hell! Forget Mt. Rushmore – they ought to rename NASA after you!” one comment also said. When asked to reply, the president thanked the person who posted it, and added, “That’s not a bad idea, sir, not a bad idea at all. As a matter of fact, I have to say I was thinking about doing just that with another executive order. But I get it, NASA is tough nut to crack, especially since they’re being pressured about the whole landing on the moon thing. But, the Mt. Rushmore thing, I’m very confident about that, it’s going to be terrific, I can’t tell you how terrific it’s going to be.”

“And ultimately, if they don’t let me have Mt. Rushmore, which I would love, I’ll build my own. Better yet, I’m going to have my face engraved in the Trump border wall. I’ll make it so I’m smiling on our side, the American side, and frowning with my tongue sticking out on the Mexican side. Maybe I’ll even engrave the finger right next to it, just to let them know how serious we are when it comes to protecting our border. I’ll think about it, but one of those two is definitely happening,” Trump concluded. 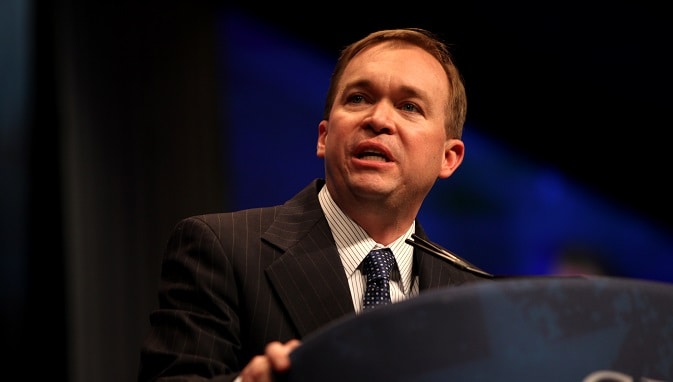