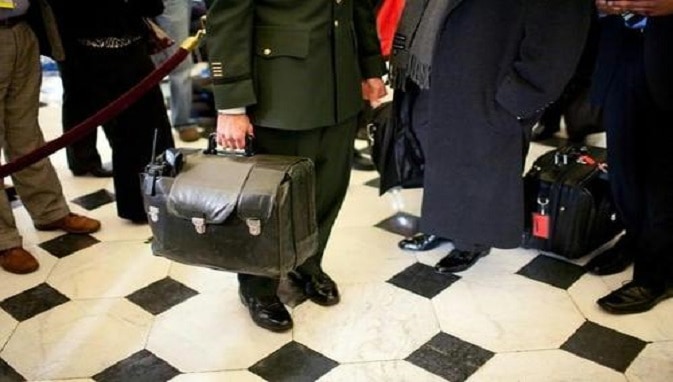 Donald Trump has upped his attacks on his Republican rivals at a rally in South Carolina, describing Ted Cruz as “a very dishonest person” and launching a bizarre rant about Marco Rubio’s “excessive sweating.” Trump didn’t mention his earlier threat to sue Cruz at the event in Greenville, but again characterized the Texas senator as “unstable” before accusing Marco Rubio of a level of perspiration that would cause problems for diplomacy, saying, “When we get in with Putin we need people that don’t sweat.”

“What do you think is going to happen when we have a sit-down with the Russian hard-ballers who are going to want to get one up on us, as they always do?” Trump continued. “When they see the soaking-wet President Rubio sitting opposite of them, they’re going to know that they can say and do whatever they want to and he’s not going to stand up for us at all. He’ll be too scared to say anything and then not only are their TV stations and internet outlets and everybody going to broadcast that the American president is scared of Putin, but they’re also going to make fun of us all over the place. We’ll be the laughing stock of the entire planet, not that we’re in a better position now with Obama, by the way. We’ll be an even bigger joke than we are now.”

The businessman-turned-politician added that “not only does Rubio seem to have a serious health condition” that could hurt U.S. foreign policy, but would also “potentially cause a nuclear disaster, maybe even a war.” “I mean, Rubio as president, in his current condition, is a nuclear war waiting to happen. You know that nuclear football that every U.S. president has to have with him when they’re out of the White House? What do you think would happen to the sensitive electronics of that thing if Rubio was to start dripping sweat all over it? We’d be launching warheads from every corner of the country, and I assure you Putin would be doing the same. And this is not the kind of thing where you get to say, ‘I’m sorry, didn’t mean to do it,’ afterwards. There’s no reset like in a video game. This is a catastrophe with a timer, I’m telling you.”

“And let me just say, I’m not putting this forward because I hate the guy,” the media mogul added. “I mean, we’re opponents here, but I happen to think he’s a very gifted politician. In fact, when I’m president, I’ll be more than happy to offer him free treatment for his excessive sweating problem under the TrumpCare program that I’m going to establish. Because, that’s the kind of guy I am. I’ll do whatever it takes to win, but I’m not doing it out of hatred. I love every single American out there, even my fellow candidates. I even love Obama, despite the fact that he’s only half-American, but that’s ok. I will always help other Americans, regardless of how I feel about them as people. I want everybody to know that.”