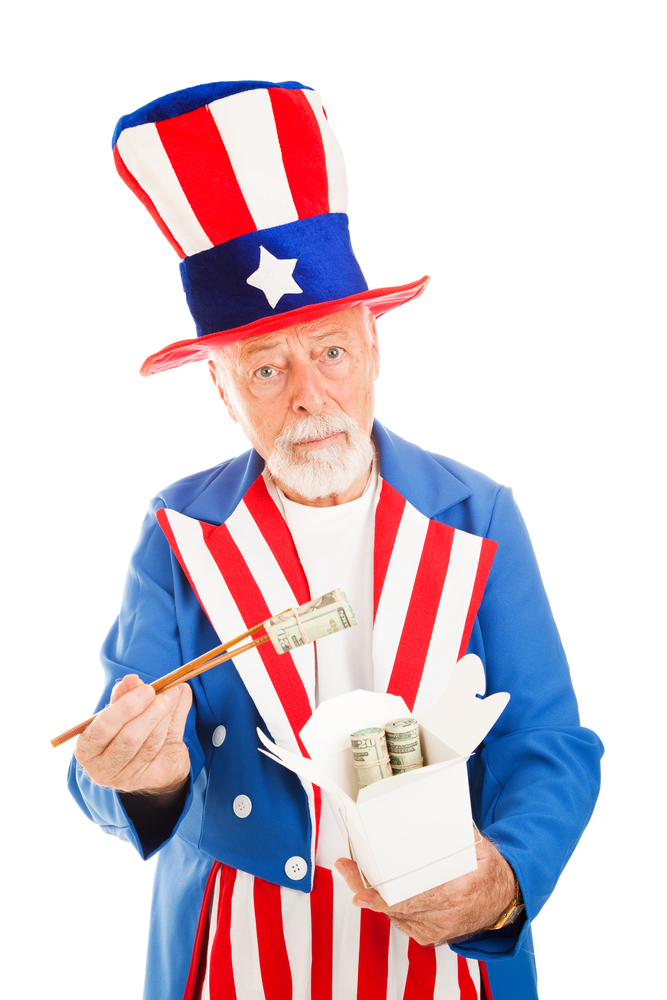 “Zero percent interest for the first 18 months on the first two trillion dollars borrowed!” Exclaimed Montana Senator Max Baucus, Chairman of the Senate Finance Committee. “They’re practically giving this stuff away!  Do you know how many earmarks that pay’s for? ”

Alabama Representative and Chairman of the House Committee on Financial Services Spencer Bachus (no relation) echoed the thoughts of his colleague from across the aisle. “We’d be crazy not to jump on these deals! I’m heading over to the Chinese Embassy to get in line just as soon as I’ve finished my stuffing and pie.”

A number of congressmen and women planned to camp out in front of the embassy to ensure that the United States be the first nation in line to borrow money at China’s outrageously-low advertised rates when China opens its doors at 5 A.M on Friday morning. “Gotta get there early on Thanksgiving,” said Utah Senator Orrin Hatch, ranking member on the Senate Finance Committee. “Last year we waited for the NFL games to end before we set up camp and Belize snuck into line ahead of us.”

With the U.S. Debt currently standing at $16.127 trillion and rising, experts warn that a borrowing binge may not be in the best interests of national security. Federal Reserve Chairman Ben Bernanke pointed out that the legal debt limit for the United States stands at $16.394 trillion, an amount that will surely be reached by the end of the year. Congress will need to raise the debt ceiling once again if they plan on cashing in on any Black Friday deals. “We need to get our fiscal house in order,” he said. “I urge caution in during this holiday weekend. This may not be the best year to purchase that shiny new entitlement program.”