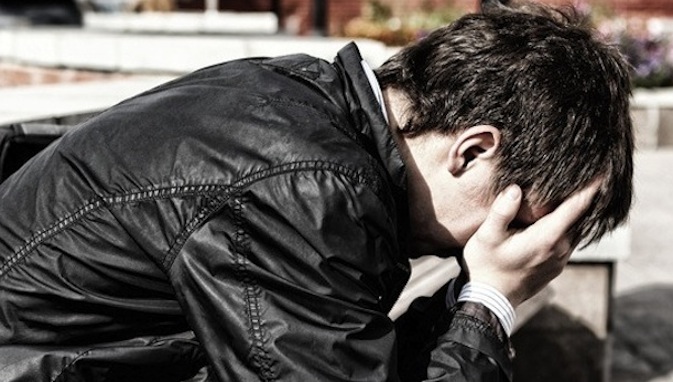 GREATER MANCHESTER, England – A Grand Manchester, UK man who was arrested for raping an acquaintance inside her home on July 20th has, according to authorities, been raped himself by the HIV he may have unwittingly contracted from his victim. Richard Thomas, 27, says that he “never would have picked her” as a target if he’d known he might “get raped right back” by a deadly disease, and is reportedly considering filing civil charges against the woman he assaulted.

Thomas—who has been sentenced to five years and four months in prison after admitting his guilt—was told prior to his sentencing that the woman he raped was HIV-positive. Thomas reportedly collapsed in shock and asked to be taken to the hospital for testing. His results are not yet in, but Thomas says that, even if he receives a clean bill of health, he will “always be traumatized.”

“I feel so violated—as if some despicable, filthy creature has entered my body without my consent,” Thomas said from his jail cell.  “I mean, she could have at least told me that she was sick—that information would’ve ended the rape before it even started.”

According to his lawyers, Thomas has considered suing his victim for putting him in contact with “the deadliest rapist of them all: HIV.” “Richard admits his guilt,” his lead council said. “But what his victim did was equally abhorrent—if you’re carrying around a serial-raping virus in your body, you need to warn people about it before they climb through your window and into your bed in the middle of the night.”