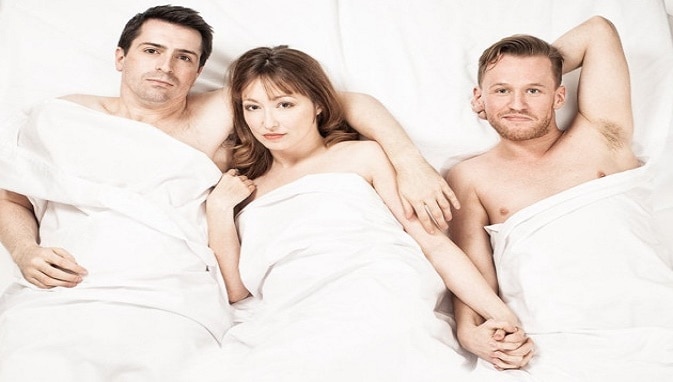 UK Votes On Legalizing 3somes: “Germans Shouldn’t Be The Only Ones Allowed To Be Perverted”

“London, UK – On Tuesday Britain voted on becoming the first country in the world to allow a “three-parent” IVF technique which doctors say will prevent some inherited incurable diseases but which critics see as a step towards creating designer babies.

“The treatment is known as “three-parent” in vitro fertilization (IVF) because the babies, born from genetically modified embryos, would have DNA from a mother, a father and from a female donor. It is designed to help families with mitochondrial diseases, incurable conditions passed down through the maternal line that affect around one in 6,500 children worldwide.

“After an emotionally charged 90-minute debate that some lawmakers criticized as being too short for such a serious matter, parliament voted 382 to 128 in favor of the technique, called mitochondrial donation.

“The vote paves the way for a medical first in Britain – which along with the United States has been at the forefront of scientific research on the treatments – but one that is fiercely disputed by some religious groups and other critics.

“The process involves intervening in the fertilization process to remove mitochondria, which act as tiny energy-generating batteries inside cells, and which, if faulty, can cause inherited conditions such as fatal heart problems, liver failure, brain disorders, blindness and muscular dystrophy.

“Andrew Miller, opposition Labor lawmaker and chair of parliament’s science and technology committee, told the debate: “I wouldn’t stand here and defend the concept of designer babies – choosing the color of the eyes and the rest of it. This is about purely dealing with those terrible, terrible illnesses.”

“International charities, advocacy groups and scientists had urged Britain to pass laws to allow the treatment, saying it brought a “first glimmer of hope” for some families of having a baby who could live without suffering.

However, Prime Minister David Cameron focused on a very different aspect of the innovative procedure under debate in the British parliament.

“Being able to cure illnesses is superb and very commendable, but I think there is a more important issue here at hand – the issue of the actual fertilization process. Too long were the Germans the only ones who were legally allowed to be sexually perverted; they’ve had exclusive rights in all of Europe. Well, no more,” the Prime Minister told Newslo.

He added: “Imagine what would have happened if these threesomes were allowed back during WW II. The British nation would have been incomparably healthier, more beautiful and prosperous then it is now. So, I’m here to right the wrong done by Churchill, and I say “yes” to legal threesomes!”