WASHINGTON – The ongoing Veterans Affairs scandal took another turn this week, as new documents showed that every senior executive at the department, which is currently under scrutiny for egregious mismanagement, received numerous high marks on reviews and trophies to commemorate their participation in the organization.

Representatives for the V.A. declined comment; however, one official speaking on the condition of anonymity defended the initiative.

“Listen, with all the stress of backlogs, ‘secret lists’ and lack of funding, we’ve been under a lot of pressure these last few years. When it came time for performance reviews, none of us felt like we had the time, and frankly, most of us couldn’t handle the blow to our self-esteem that an honest review would provide.”

According to this official, the review process was treated as a formality among the senior executives. But the unnamed executive claimed the process took on an added step after one of his colleagues attended his grandson’s soccer tournament.

“He came in that Monday morning complaining about how, even though his grandkid’s team lost, everyone on the team got a trophy. Even the one that sat on the ground and ate grass the whole time. He seemed to think that if they could get rewarded just for showing up, surely we could, too.”

Reports came out this week showing that all 470 senior executives in the Office of Veterans Affairs were rated “fully successful” in their jobs going back four years. The report is just another black eye for the office, which has been the subject of several congressional hearings related to insufficient care for veterans as a result of long wait times and scheduling errors. Some allegations suggest that improper procedure at the V.A. hospital in Phoenix, AZ may have caused the deaths of as many as 40 veterans.

The ongoing scandal has already forced the resignation of Secretary of Veterans Affairs Eric Shinseki.

Still, officials willing to talk to reporters have staunchly defended both the review process and the trophies. As the anonymous official continued, “We spend all day just doing the best we can, and sometimes it’s just nice to know the work you do is appreciated, you know? Even if it’s from the guy that you know is screwing up worse than you are, it just feels good to know someone is rooting for you.”

Our source described the trophy as “about 14 inches tall, stainless steel and topped with a statue of two middle-aged men in suits high-fiving each other.” Efforts to get a picture of the trophy for this report were unsuccessful; however, some officials did offer to put reporters on a wait list for an opportunity to see it in person, at each trophy owner’s earliest convenience. 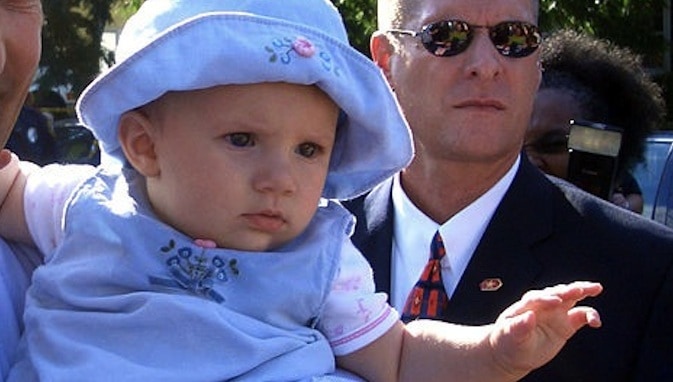