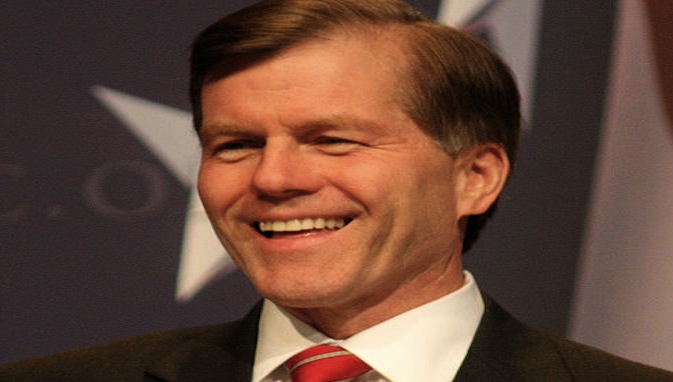 RICHMOND, Va. – Absolving himself of all guilt and wrongdoing, Virginia Gov. Bob McDonnell on Tuesday returned more than $100,000 in undisclosed gifts to a wealthy in-state donor who received preferential treatment from his office. Now that the governor is 100% trustworthy and reliable again, he says he is eager to get back to work.

The Commonwealth of Virginia requires state officials to disclose any gift in excess of $50, but does not place the same requirements on gifts to immediate family members, so that’s exactly where Jonnie Williams Sr., CEO of Henrico-based Star Scientific, went with his money.

Williams gave more than $145,000 to Virginia’s first family, including $15,000 for wedding catering, a five-figure shopping spree in New York and airfare for four to see VCU play in the NCAA basketball tournament in 2011. In return, McDonnell facilitated meetings between Star Scientific and state staff, and the company sought to make one of its products available through the Commonwealth’s health plan.

After Tuesday, however, all that is over and done with and why are we even still talking about it?

“I am deeply sorry for the embarrassment certain members of my family and I brought upon my beloved Virginia and her citizens,” McDonnell said. “I want you to know that I broke no laws and that I am committed to regaining your sacred trust and confidence.”

And he has it, said Lane Blatt, a spokesman for the governor’s office. Blatt said “Sure, Jonnie Williams bought a $6,500 Rolex at [first lady] Maureen McDonnell’s request and she gave it to the governor as a Christmas present, but now he’s apologized. So.”

With his business-friendly conservatism and aging Ken doll hair, McDonnell had been a rising star in the Republican Party. He was on the short list to be Mitt Romney’s running mate last year, and many considered him a frontrunner to lead the Republican National Committee one day. Now, those plans are back on track.

“I don’t really see where the governor can’t go from here,” Blatt said. “He could probably even serve another term right now, if he wanted to.”

McDonnell cannot serve another term right now, even if he wanted to. Virginia’s laws forbid back-to-back terms for governors, and both of the candidates to replace him have said he should “consider” resigning.

Federal and state investigators are still looking into the Williams-McDonnell gifts, though they will surely stop once they hear he’s sorry.