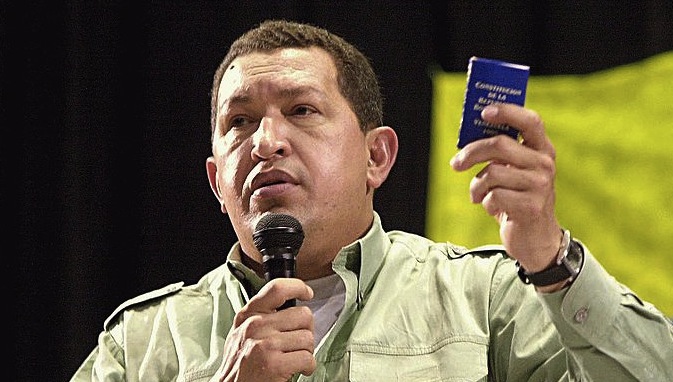 CARACAS – Venezuela came to a halt this week as millions of citizens mourned the loss of their longtime leader, Huge Chavez, whose death marked the beginning of a peaceful transition for the country into a state of complete anarchy.

The official funeral brought together the attendance of leaders the world over, both enemies and friends, even as the funeral site changed locations throughout the day.

“They said Chavez Road and Chavez Avenue – right?” asked a frustrated Sean Penn, who had hoped to carry the coffin during opening ceremonies. “Do they have a contact – a number we can call? I’m fucking Sean Penn for god’s sake.”

Even as the country fell into a leadership vacuum not seen since the mid-1990s, the funeral ceremony seemed to pull itself together after a local DJ took control of the microphone and asked audience members to “clap” and “dance” in-between speeches.

“I’m not sure if I should say something,” said Nicolás Maduro, the nation’s Vice President, who seemed nervous to approach the front of the Cathedral. “I don’t see my name on the program.”

In the meantime, Diasdado Cabella, the head of Chavez’ opposing legislative party, got up to make an awkward announcement about his “desire to continue where Chavez left off.”

“As we near the next election, I already say ‘thank you’ to the Venezuelan people for their support,” said Cabella, whose long speech was cut short by the impatient funeral MC.

According to Allan Carías, a prominent lawyer and member of Chavez still-popular United Socialist Party, it remained unclear who was technically in charge of the leaderless country.

“He made several hand-written changes to the Constitution in his final days,” said Carías, referring to Chavez’ last weeks in the hospital. “I think he may have put Sean Penn in charge – not sure. You see him anywhere?”